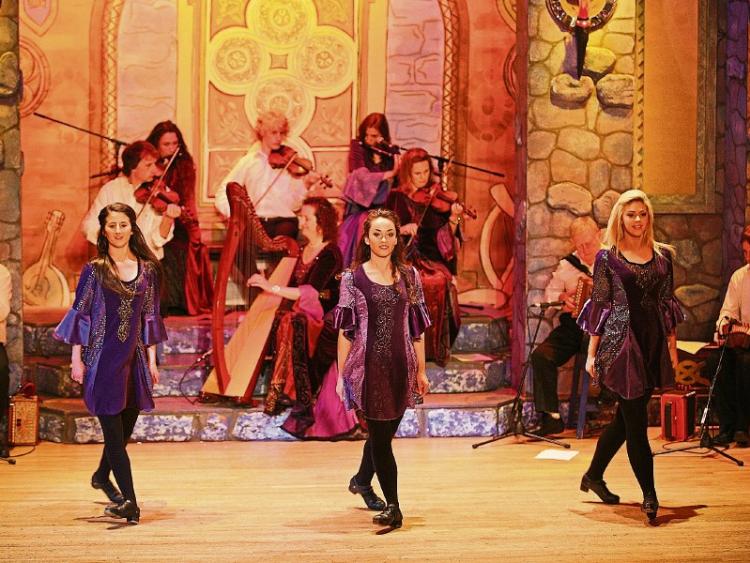 Bru Boru return for a summer season on July 2

Plans are now well advanced for the summer season at Brú Ború.
Some of Ireland’s top class traditional talent has been assembled for the unique brand of entertainment for which the Cashel-based group has become famous.
The shows commence on Tuesday, July 2 at 8.30 p.m. and will continue until mid-August.
This year, fans have the choice of the Subterranean Seisiún (7m underground) on Tuesdays and Wednesdays and the stage show on Thursdays, Fridays and Saturdays.
See www.bruboru.ie .
It is 30 years since the inception of the Brú Ború cultural centre adjacent to the Rock of Cashel. In the intervening years, the ambitious project has been expanded and enhanced and today it enjoys a national and international reputation.
The renowned Brú Ború performing group have performed for presidents, film stars, at five World Expos and for the Sultan of Oman.
Their eventful journey has brought them to Britain, America, China, Japan, Africa, Spain, Italy, Cairo, Beirut and many other locations.
Several household names in the world of traditional entertainment perform with Brú Ború, these include the master singer Seán Ó Sé from Cork; Clare’s melodeon king Bobby Gardiner; Tipperary’s queen of song Nora Butler; the celebrated Kilkenny harpist Mary Kelly; the musical vet Finbarr English; and many more including the world-class troupe of dancers.
Director Úna Ó Murchú said - ”Each year we add new performers to the show and there is a fine mix of experience and youthful exuberance. Being in the shadow of the ancient Rock of Cashel adds an extra dimension to the experience.” Ring 062-61122 or info@bruboru.ie