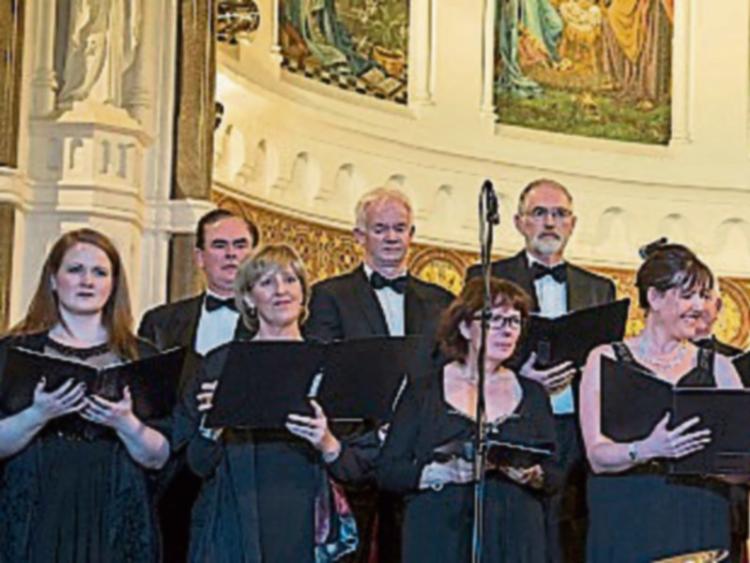 Some members of The Gaudeamus Choir which will stage two concerts in Tipperary this month.

Following on from the wonderful success of The Yeomen of the Guard last year in Cahir Castle, Gaudeamus Productions are back in rehearsal for their latest production A World of Musicals which will take place in Clonmel and in Thurles on October 11 and 12 next.

The Clonmel concert will take place in Clonmel's White Memorial Theatre on Friday October 11, in association with St. Mary's Choral Society and tickets are now on sale at Marians, O'Connell Street, Clonmel.
The Thurles Concert will take place on Saturday October 12 in the Sr. Ursula Memorial Hall in the Ursline Secondary School, in association with Thurles Musical Society and tickets for the Thurles concert are available at The Bookworm Bookshop in Thurles.

The Gaudeamus soloists, choir and orchestra, headed by Danny Carroll and Mary Rose McNally, will be joined by guest soloists Derek Ryan and Emmet Donlan and the concert is directed and will be narrated by Michael O'Donoghue.
The concert will feature the very best of music from musicals such as Chess, Jekyll and Hyde, Finnian's Rainbow, Chicago, Dear Evan Hansen, Les Miserables, Miss Saigon and many more. Tickets are priced at just €15.

Get your ticket now to be sure of a magnificent rip through the world of musical theatre in the company of the best of stage talent from The Premier County.