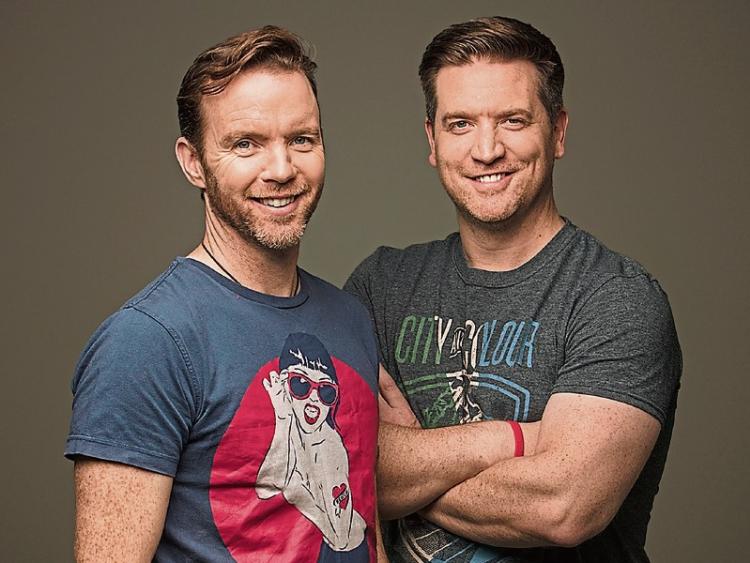 Following a sold out nationwide tour earlier this year, Today FM stars Dermot Whelan and Dave Moore have  announced a further nine shows  with their hilarious comedy show ‘Ah Sure Look It’.

They appear at the Clonmel Park Hotel this Sunday, October 27. Doors open at 7pm, show at 8pm.

The national radio duo debuted their ‘Ah Sure Lookit’ tour at the Cork Comedy Festival in September 2016 and the following month at the Vodafone Comedy Carnival in Galway. Both shows sold out in record time.

Although their tour marks the first time the pair had taken to the stage for a comedy gig, they’re well used to each other, having worked together in radio for over 15 years. Dermot & Dave present their mid morning show weekdays on Today FM.

Asked what people can expect from their stand up show, Dermot Whelan said:  “Imagine a bonkers radio show that grows legs and arms and a head and starts firing out craic and waving its arms like an angry King Kong in that movie. Not even close.”

Whether it's Tony Cascarino hosting a crazy quiz show or Noni, Limerick's finest chocolate saleswoman, presenting the world's weirdest slideshow, this show is definitely like no other and not to be missed!

Visit Todayfm.com/dermotanddave for further details about all upcoming shows.

Audience reviews from the recent 14 date tour include:

"I've a pain in my jaw from laughing!"

"Definitely one of the best comedy shows I've been at!"

"I got a finger off Dermot!"