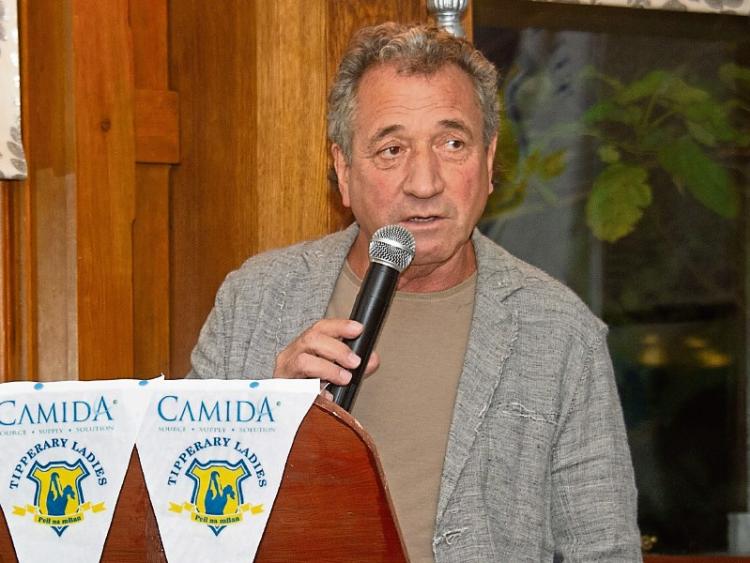 This new show has two aspects :

CAMIDA - The unveiling of a double portrait of David Anchell and his daughter Robyn together with works Eugene was involved in with Camida (as an appointed artist in residence).

This included everything from designing the stone sign at the entrance to the execution of a mural of the Camida Town Map in the entrance hall.

A particularly interesting project for Eugene was being responsible for organising the conversion of the company logo to a three dimensional structure. In that context it's about patronage and both David and Camida have been a major patron in Clonmel and Tipperary.

The second aspect of the show relates to odd portraits of his own family and friends over the years.  (Eugene wittily remarks that "odd" aptly describes many of his family and especially his friends!  ).

These paintings  he says often record significant birthdays or anniversaries.

Portraiture for Eugene is the the most interesting but most difficult of art forms and he claims that he is not always entirely  successful.

However they are an  accurate kind of chronicle or diary of his  time as a painter. through the years.