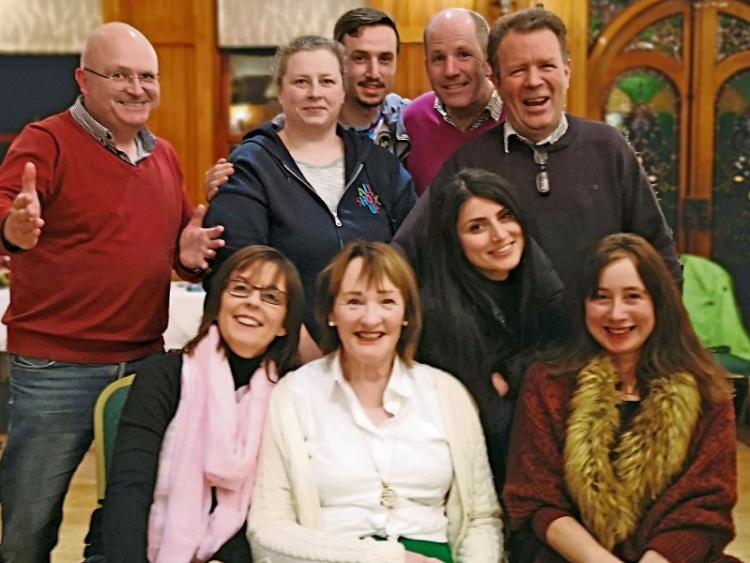 The cast of Fox on the Fairway

Rehearsals are well under way for Clonmel Theatre Guild’s Christmas dinner theatre production of Ken Ludwig’s hilarious comedy The Fox on the Fairway, which will be staged in Raheen House Hotel on December 3 to 6.

The Fox on The Fairway takes audiences on a hilarious romp which pulls the rug out from underneath the stuffy members of a private country club.

Directed by Esther Byrne, the cast includes many well-known members of the guild with Edmond Ryan, Jennifer Lynch, Jim Malone, Fidelma Collins, David Walsh, Danae Petrou and Tom Callery all set to kick off the festive season with a wonderful night’s entertainment.

The backstage crew have also been working hard under the watchful eye of producer Janet McEntee to ensure the production is a huge success.

Tickets priced at €30 for dinner and play are  on sale in Marian’s Bookshop (052) 6123813 with a limited number available online on the guild’s website www.clonmeltheatre

Marian’s Bookshop can now take payment by credit card, so you can book and pay from the comfort of your own home.

Clonmel Theatre Guild’s dinner theatre is a fantastic night’s entertainment and was a sell out last year, so be sure to book your tickets early to avoid disappointment.

Anyone planning a Christmas night out with a difference should definitely put this event in their diary!

It is customary that the guild supports a local charity with a donation from the raffle and on this occasion a donation will be made to the St Vincent de Paul.

We look forward to seeing you all at The Fox on the Fairway for a night to remember!