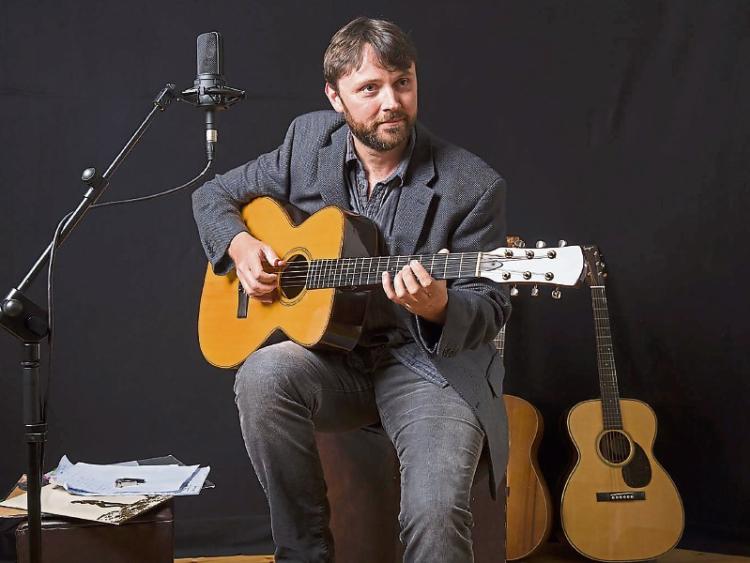 Donal Clancy is the headline act on Saturday night

Clonmel World Music is delighted to present a unique three day Winter Festival in Clonmel this weekend, in which the aim is lift the spirits of Clonmel people in the depths of winter.

There are eight shows in total over the weekend,  a mixture of folk, roots, rock, blues, jazz and spoken word.

The headline shows each night are national acts and all other shows are selected local acts.

All shows take place in the cosy back room in Jerry Moynihans pub, Clonmel. The shows are all seated and run as music listening shows.

The festival starts on Friday night with the Clonmel debut of well known family folk band Greenshine, from Cork.  Greenshine is a family trio comprising Noel Shine, Mary Greene and their daughter Ellie.

Saturday starts at 5pm with the debut Clonmel performance of a local Story Slam collective, which is specially commissioned for SuirFest. This show has been put together by local school caretaker, sheep farmer, storyteller and poet Joe Whelan. The shows format is to get seven local storytellers to each tell a true story against the clock.

Saturday continues at 7pm with local musicians Eamonn O’Malley and singer Neil McGrath. This duo previously performed together for many years, and are reforming the duo especially for SuirFest.

The headline act on Saturday is the great Donal Clancy, who is performing  a specially commissioned show for Suirfest. The show is called “Donal Clancy’s Folk ‘n Blues Revue” , and it will comprise of classic blues songs, and cool bluesy arrangements of well known songs.

Donal Clancy is one of Ireland's greatest ballad/folk singers and played a sell out show in Hotel Minella Clonmel  with Rory Makem in April of this year.

Donal is the son of Liam Clancy, from the world famous Clancy brothers and he is proudly carrying on the family tradition of story telling and ballad singing of the highest order.

Donal will be on stage in Moynihans at 9pm.

Sunday starts at 3pm with local poetry ensemble The Back Yard Poets. This is a mixture of well known, and not so well known (yet) poets who will do readings of their own poetry.

Sunday continues at 5pm with young local musicians and songwriters Alan Acheson and Ross Boland. Alan and Ross are mainstays of the local music scene and have performed in many local bands and at many local events over the years.

The headline act on Sunday night is a very special jazz trio – Jimmy Smyth’s Organised. Jimmy will be joined by Scott Flanigan and Cormac Larkin. They will be making their Clonmel debut, these lads normally don’t stray too far from Dublin.

Tickets for this great Festival are on sale now, and are available  online at www.clonmelworldmusic.com, and also in Marians Bookshop, in Moynihans Bar Clonmel,