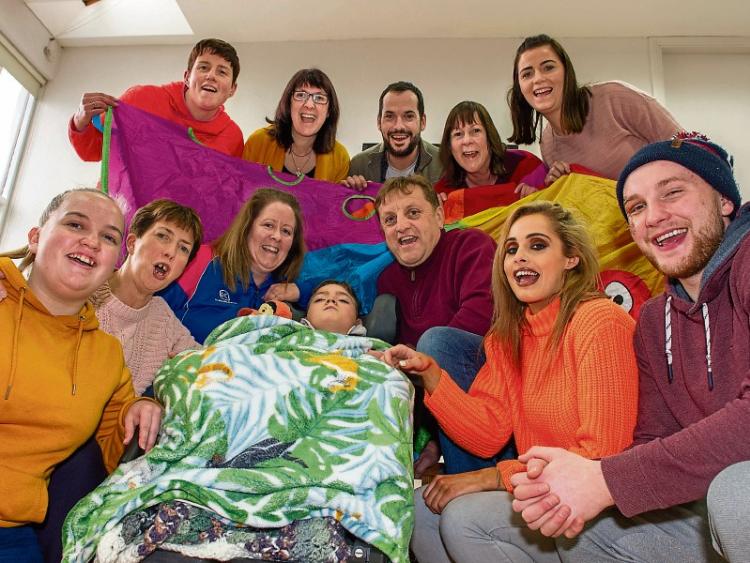 A group of special needs assistants at Scoil Aonghusa in Cashel are preparing for a charity parachute jump on Friday May 29 in aid of the Little Blue Heroes and Make-A-Wish foundations.

A group of intrepid special needs assistants from Scoil Aonghusa special needs school in Cashel are taking to the skies for a fundraising parachute jump on Friday May 29.

The skydive has been organised in memory of Cillian Russell from Carrickbeg, Carrick-on-Suir, who sadly passed away in January at the age of just 9.

“Cillian was a triplet and a much-loved pupil in our school”, says organiser Janet Heafey.

“We would like to honour him, and all our little heroes, by raising much-needed funds for the Make-A-Wish and Little Blue Heroes foundations.

“Both foundations have helped Cillian and his family create wonderful memories that they will hold forever in their hearts”, says Janet.

Little Blue Heroes Foundation is a not-for-profit charity operated entirely by volunteers made up of Garda members/staff, retired Gardaí, their families, friends and civic-minded people.

It aims to help families  from local communities who have children undergoing long-term medical treatment for serious illnesses.

The majority  of the children supported have a fascination with police uniform, equipment, vehicles and Garda units. This has  led some of the children to make a wish to become an honorary Garda and become part of the Garda family.

“As heroes to us with the battles they face, these children have become our Little Blue Heroes”, says the charity.

Meanwhile, Make-A-Wish Ireland has one simple aim – to grant the wishes of children aged between 3 and 17 years living with life-threatening medical conditions to enrich their human experience with hope, strength and joy.

Since 1992, Make-A-Wish Ireland has granted wishes for more than 2,600 brave children across the country.

The Scoil Aonghusa group is being joined for the jump by Dylan Butler from Killenaule, whose brother Alex is a pupil in the school.

Each skydive costs €260 and it’s hoped that each will be sponsored by some business or individual.

In the build-up to the big day, which is taking place in Edenderry, Co. Offaly, several other fundraisers have  been organised.

These included a raffle and coffee morning, both of which were very generously supported, while a table quiz will take place in The Emigrant’s Rest, Old Bridge, Clonmel on Friday March 27.