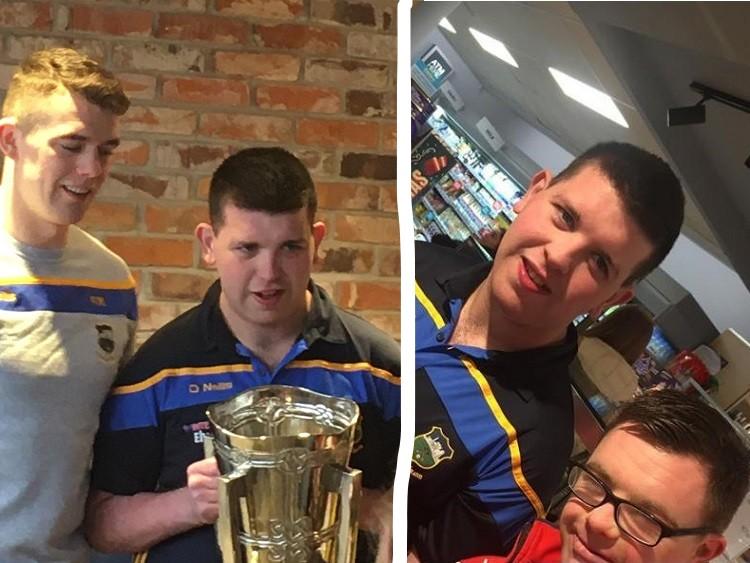 On Sunday morning December 15, a coffee morning and cake sale was held in Bannon's Lounge by very kind permission of Billy and Veronica Lanigan.
The purpose of the worthy cause was to raised funds for two Special Athletes of the Tipperary team who will represent their County in Special Olympics Ireland Winter Games which will take place in Northern Ireland for the very first time. Commencing from Friday March 20 to Sunday March 22, the games will see almost 200 athletes compete in two winter sports - alpine skiing and floorball.
With athletes representing five Special Olympic Ireland regions, the Winter Games will showcase the skills and dedication of the athletes who have been training hard to progress through the selection process.
Floorball, a game similar to ice hockey but played on a court, has seen a huge increase in participation numbers in recent years in part thanks to the success of the Team Ireland at the 2017 World Winter Games in Austria.
Special Olympics Ireland are very excited that a team from all regions will compete at the Ireland Winter Games in Belfast for the first time.
Special Olympics Ireland is a sports organisation for people with an intellectual disability, which provides athletes with far more than the physical benefits of sport. Special Olympics changes lives, make new friends and to win not only in sport but in life too.
The two local athletes taking part in the Special Olympics are John Flynn Cashel son of Philip and Louise and local man Ryan Hayes, Harkin Park, Two Mile Borris, son of Liam and Pauline.
Ryan who is 22 years of age is very popular in the local community, a strong supporter of Manchester United F.C. and his second place going to Tottenham Hotspur with his second cousin Harry Keane. Ryan attends Mourhavan Centre in Tipperary which has links to Cashel Day Care. The amount of money raised at the Coffee Morning and Cake Sale was €2,309. The family are very grateful to all who supported the cause in any way such as buying raffle tickets, hampers, spot prizes and donations etc. The attendance at the Coffee Morning was very much appreciated.