Death on the bridge of Holycross: the killing of Richard Lumley 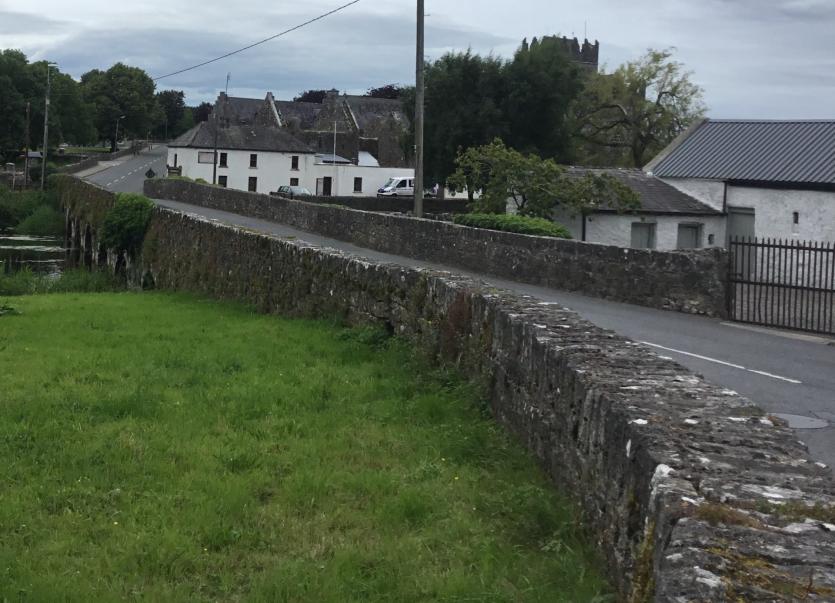 The bridge in Holycross

Saturday, July 4, marked the centenary of a bloody but long forgotten incident that took place in Holycross in the course of the War of Independence.

Richard Lumley, described as a “wandering labourer”, had spent the two days previous in the employment of Martin Ryan, proprietor of the local Abbey Hotel.

On Saturday 3, he took some time out from his work so as to go to Confession. His intention being to receive Holy Communion on the following day.

However, the sixty year old Cork city native, never got to Sunday Mass or Communion, his life ended in a hail of gunfire on Holycross bridge in the early hours of Sunday morning.

Lumley was well known in the Holycross area, having spent up to thirty years working for various farmers in the locality. In the census of 1911, he is recorded as living with and working for the family of John Dunne in Galbertstown.

He also worked for a time with Jim Duggan, also of Galbertstown. To imagine Richard Lumley as anything other than an inoffensive character would be difficult.

One reference to him at his subsequent inquest, described him rather uncharitably as being “of weak mind.”

The death of the unfortunate Richard Lumley came about as the result of two separate incidents that occurred in the parish on that Saturday 3, over neither of which he had any control.

On that evening, for the second time, the R.I.C. barracks, situated one mile distant on the Cashel road, was subjected to an intense attack by the I.R.A.

The barracks was stoutly defended by Sergeant Geoghegan and his garrison of eight men. Fear of being overcome and losing the installation to the rebels, he sent up Verey lights so as to summons help from nearby police or military posts.

In response to his distress signals, motorised patrols set out from Cashel and Thurles, along with a bicycle detachment from Castlefogarty, to aid the besieged sergeant and his garrison.

Earlier that same day, local shopkeeper and publican, Anastasia Stakelum died, having been in declining health for the previous three months.

In common with the accepted practise in Ireland of that time, her remains were waked in her home, where friends, neighbours and relations came to pay their respects.

As porter, clay pipes and tobacco, were usually in generous supply on these occasions, wakes tended to continue on through the night and the following day, often only ending when the patience of the local clergy had reached its limit.

At 10.30pm on July 3, Richard Lumley left the Abbey hotel and crossed the bridge over the river Suir, to the corpse house next-door.

Sometime within the next three and a half hours, local volunteers erected a roadblock close to the ruined Abbey.
This was done in order to delay whatever reinforcements that might come to the relief of the under-attack police barracks.

“Heard that excuse before”

Around 2am into the new day, the Rosary was offered up in the corpse house for the soul of the deceased Anastasia Stakelum.
When this was completed, Richard Lumley left the house, apparently to “get some air”.

His intention was to return, as he left his hat in the house.

Simultaneously, a relief party of police and military reached the roadblock and began firing their weapons indiscriminately.
Shots were fired into the Abbey Hotel and also into the Stakelum house where the wake was in progress. Standing alone on the bridge, Richard Lumley made for a prime target.

He was struck with three bullets, killing him instantly. The patrol continued over the bridge, all the time keeping the Stakelum house under sustained gunfire.

When it was obvious that there was no response forthcoming, the officer in charge approached the house and on being informed that there was a wake in progress, was reputedly to have responded that he, “had heard that excuse too often”.

On being shown the corpse laid out in her shroud, he tendered his apologies and withdrew.

When Dr. Jackman had completed his report on the wounds and injuries sustained by Richard Lumley, his remains were waked in the Abbey Hotel and buried soon after in the confines of the old Abbey ruin.

The breast plate on his coffin bore the inscription, “Richard Lumley, age 60. Murdered by British hirelings”.

The inquest into his death began on Monday 5 also in the Abbey Hotel. Contention arose immediately, when landowner and Church of Ireland member, Mr. Wall, was nominated by the coroner, Dr. Fennelly, to be foreman of the jury.

The other members vehemently objected and John Ryan was elected instead. After hearing some cursory evidence from Martin Ryan as to his identifying the body of Lumley, the inquest adjourned for one week.

The evidence presented before the resumed hearing, revealed a night of madness and mayhem in Holycross in the early hours of July 4.

Witnesses described in graphic detail, the indiscriminate firing of weapons and vicious assaults perpetrated by the military.
Striking among all the testimony of witnesses, was that of John Barrett.

Barrett had actually been dismissed from the R.I.C. on the morning prior to the Lumley killing.

His two brothers left the police in similar circumstances.

Lieutenant Gordon Fullerton, the man in charge of the Castlefogarty bicycle detachment was the only member of the Crown Forces to give evidence.

Under cross-examination from John Carrigan and Wm Skinner, he revealed that he was just nineteen years old. Even though he was unsure and contradictory under questioning, he insisted that it was the Thurles motorised unit that was responsible for the shooting and killing.

Strangely, neither of the section leaders of the motorised units were summoned to give evidence.

Having deliberated for a brief interval, the jury returned and John Ryan, their foreman read out the verdict.

We also condemn the Castle report of the occurrence as a baseless lie”.

Such damning verdicts had now become the norm in inquests of this nature.

Juries had returned similar verdicts in the McCurtin, McCarthy and Dwyer cases in the previous March. With the outcome of the conflict anything but clear, the courage that juries showed on returning such verdicts should not go uncomplimented.

Such was the embarrassment that these findings caused to the British government and the propaganda value they had for the IRA, that by August, coroner’s inquests were dispensed with and replaced by courts of military enquiries.

So ended the life of Richard Lumley.

In February of 1924, his two sisters filed a claim for compensation against the new state.

It is unlikely if this met with any degree of success as the “wandering labourer” would have been scarcely in a position to have lent any meaningful material support to his siblings during the course of his life.

No volleys were fired over his grave nor was any oration given or anniversaries commemorated.

Richard Lumley belonged to that category that was peripheral to the whole conflict, “the unarmed civilian”.

Nonetheless, his suffering, loss and sacrifice should not be forgotten and in this time of centenaries, it is perhaps appropriate that we remember all that died and suffered in those troubled times, irrespective of status or background.