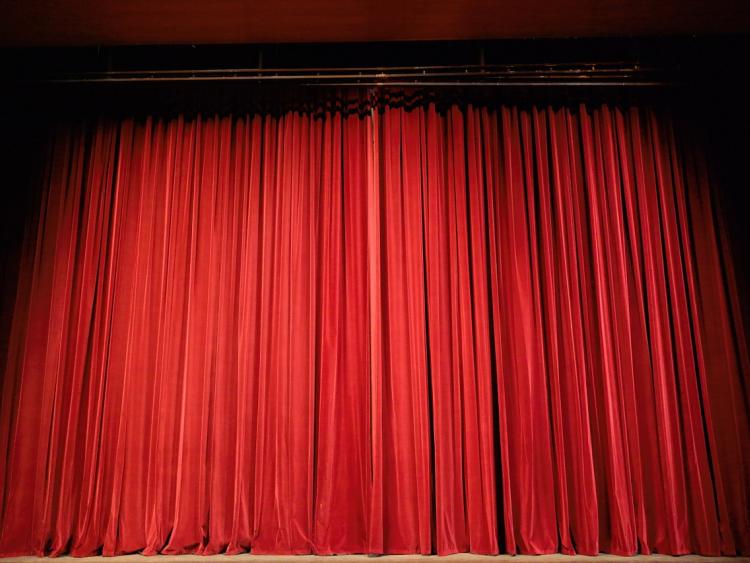 Liz Kirwan as Ropeen. Sinead McGettigan as Colette, Flan Quigney as Mr. Mulleady in The Hostage

As opening night approaches for Thurles Drama Group’s staging of Brendan Behan’s Classic comedy satire, The Hostage, the excitement and anticipation is rising as rehearsals are in full swing.

Set in the 1960s in a Dublin brothel where a young English soldier (Damien Sweeney) is held hostage by the IRA in return for the release of republican prisoners, tensions build as a young servant girl in the brothel (Teresa - Maebh Campion) takes a shine to the young lad!

All the mad characters in the brothel contribute to the mayhem that follows and eventually leads to the climactic final scene where the army attempts to rescue the young soldier.

As always, new faces appear in the cast and Maebh Campion as Teresa will delight in the role along with Luke Dunne as O’Shaunessy.

The heart of the play is the two central characters of Pat and Meg (Pat Loughnane and Caroline Nesbitt) who drive the plot and argue like cats and dogs throughout. Music plays a huge part in the show and Behan has contrived to have musicians on standby throughout and they play as required and requested.

Luckily, we have some wonderfully talented musicians in the group and the impromptu players are, Sean Nesbitt, Noel Nesbitt, Sarah Bourke and Vedran Setka. With any production, the people behind the scenes make it all happen without notice or fuss and the experience in the group in these areas is extensive. On sound Dick Ryan/ Kevin Kirwan, lighting Denise Hanley/ Peter Stocksborough, costumes, Helen Cahill and finally Matt Treacy will be stage manager for the week of the show.

Anne O’Dwyer and Annemarie Ryan are also extras in the cast. As previously mentioned Liam Ryan who has huge experience in this area and starred in the 1991 production directs the play.

Thurles Drama Group is delighted to be associated with the ASD Unit in Loughmore N S for its Benefit Night on Monday, November 18.

Tickets are on sale now at a cost of €20 which includes a cheese and wine reception beginning at 7.15pm on the night.