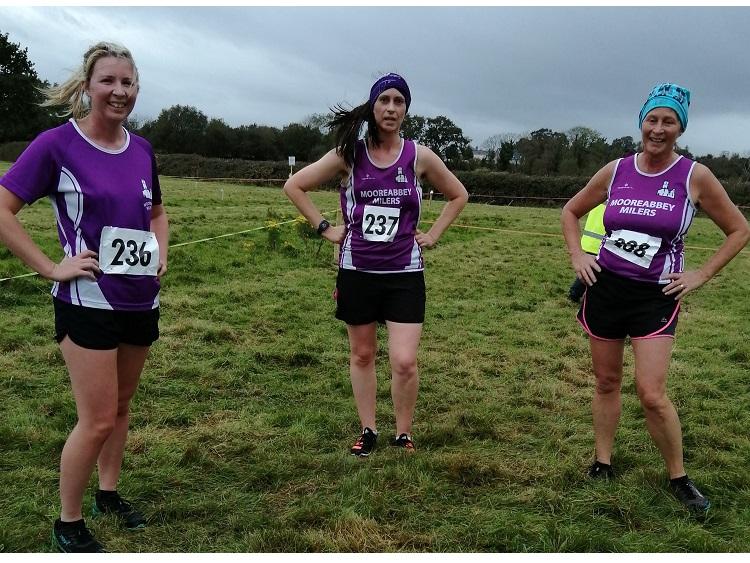 the ladies team at the novice cross country last Saturday

No one knows what next weekend will bring but last weekend brought a happy pitter patter to the fields of around Tipperary as the 2020 cross country season got underway.
The first race of the season was the uneven age juveniles and the novice ladies and men with a phenomenal amount athletes taking to the start line due to the drought in fixtures over the past 6 months.

First up on the day were our juveniles and what a great day they had. We had 2 juveniles making their debut Ella Walsh in the U14 girls and Daniel Burke in the U16 boys. In the medal rankings Nessa Moloney claimed bronze in the U10 girls, Aoife Moran took 7th (bronze) while David Moran secured a silver medal in the U12boys. Also out on the day and securing themselves a place in the B section was Claire and Erin Chapman, Gearoid & Cormac Kinane and Ruairí and Ryan Cunningham.

Next up were our ladies Niamh Blackburn, Patricia Ryan and Patricia Blackburn in the 4k 5 lap course. Unfortunately it wasn't to be our ladies day loosing out to Clonmel and Moyne to take 4th team.
Last up on the day was our 2 mens teams in what I can only describe as a race of speed and skill. With 6k and 7 laps to cover our boys didn't disappoint. First club man home to take an individual bronze was Barry Hartnett followed seconds later by Kieran Lees, rounding out the mens A team in 10th and 18th positions were Ewan Cunningham and Willie O Donoghue to take home the silver novice team medal. Helping them to achieve this was our B team Gerard Hanley, Padraig Wallace, Michael Fitzgerald, Jason Collins and Dariusz Gazdowicz by gelling together and keeping the competitor's down the field. Massive credit is due to the Tipperary County Board, Covid officers, athletes, officials and volunteers for making the event run as successful and safely as it was. 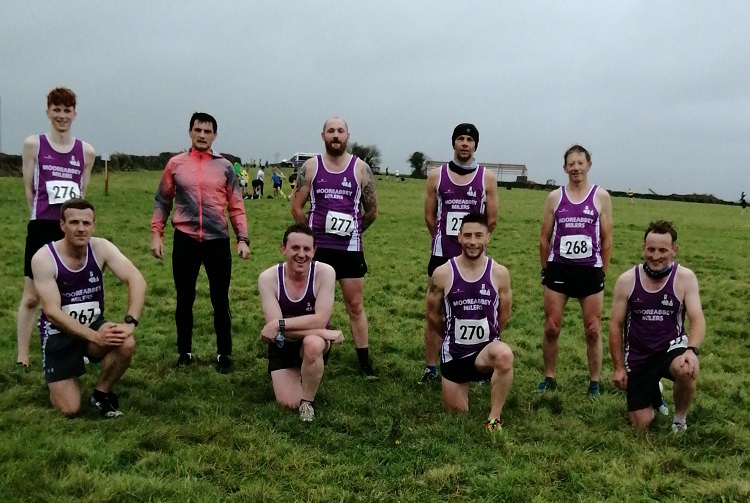 Galtee Half Marathon (IMRA Munster)
Last Saturday morning saw Mary Louise Ryan, Tom Blackburn, Dariusz Gazdowicz and Robert Cunningham take on the Galtee Half marathon.
The classic fell style route encompassed the best of what the Galtees has to offer. Runners started out in Kings Yard and followed the stunning woodland trail north to join the famous black road out onto the open mountain. This is where they hit the three of the mountains highest points Galtee Beg at 799 meters, Lyracappal at 878 meters and Galtee Mór at 917 meters.
The weather made for beautiful views not that the runners had time to hang around and see them.
Continuing on the route took them  descending back down into the valleys on the south side to traverse some truly beautiful trails before finishing back in Kings Yard. Mary Louise finished 2nd lady while Tom was 4th overall. RD on the day was club man Barry Hartnett with help from Jane and Gerard Griffin, Shinead and Patricia Blackburn and out marshalling on the route were Kevin Lenihan and Jason Collins.