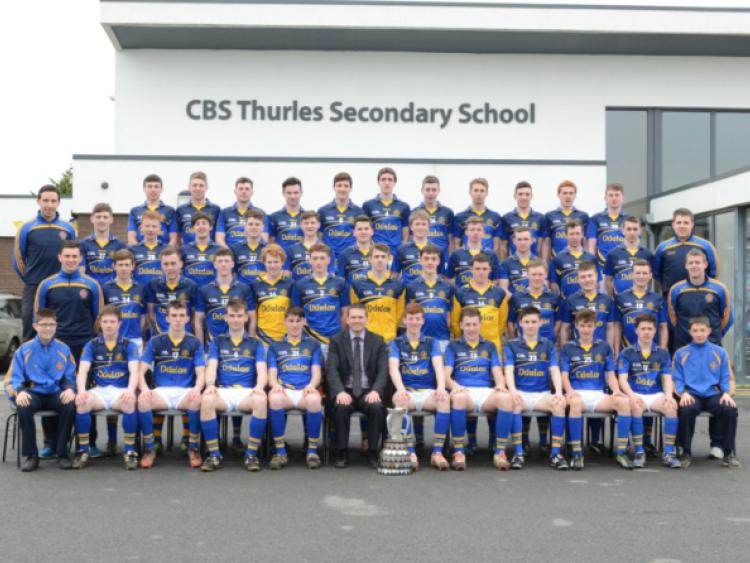 While the competition standard bearers St Kieran’s are chasing a 20th Croke Cup and have won it in three of the last five years (2010, 2011 & 2014) Thurles CBS have only managed to claim this coveted title once before - Thurles CBS beat Good Counsel (Wexford) 1-17 to 1-15 in 2009. Thurles CBS are now hoping to add to that legacy.

“Everyone is very excited and it’s the place they want to be. There is an extra incentive there in that it’s Kilkenny against Tipperary,” manager Niall Cahill explained to the Tipperary Star.

“The group are very focused. To be fair to them it has been easy to bring them back down after games and to get them focused again,” added the former Emeralds and Kilkenny man.

“We have it all to do. There are not too many chinks in the St Kieran’s armour,” admitted Niall Cahill.

There is also a suspicion that we may not have been treated to Thurles CBS’ best hurling yet. There is room for improvement.

“Playing inJanuary and February the lads had to slog it out, but in saying that our lads are real hurlers and they are looking forward to playing in Thurles. We probably have not seen the best of these players yet, but there is no hiding place in Thurles if you are not a good hurler.”

Following the group stage of the Dr Harty Cup Thurles CBS enjoyed one-point wins over North Mon (2-8 to 1-10) and Castletroy Community College (1-9 to 0-11) before defeating Rochestown College on a 2-12 to 1-12 scoreline.

Resilience was a key feature of the Harty Cup campaign and Thurles CBS were asked to dip into those reserves once more in the All-Ireland semi-final against St Peter’s.

The Wexford college started well and led 1-1 to no-score after two minutes. Thurles CBS, however, out-scored St Peter’s 0-18 to 0-11 during the remainder of the game. Indeed, the performances of Thurles CBS this year have featured an extraordinary work rate.

“That kind of work rate is bred into this team,” Niall Cahill added.

“We have forty-two on the panel; they are just so united and so hard-working. We are just so delighted with them. They have done everything for us, just everything. They have been brilliant. They really are unique in that they have bought in as hard as they have into what we are trying to do.”