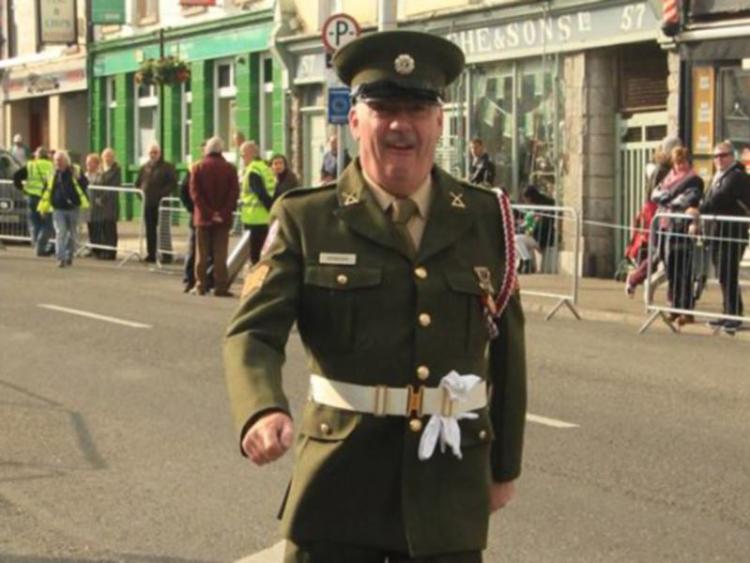 The Reserve Defence Force is currently recruiting and is looking for men and women aged 18-33 to join their ranks.

The RDF (formerly the FCA), from its base in Templemore is encouraging locals from Thurles, Templemore, Roscrea and the surrounding areas, to consider signing up and enjoy the very fulfilling role of a reserve defence force member, which could lead to a full time career in the military or in An Garda Siochana.

One man with over forty years experience in the field is former Mayor of Thurles, John Kenehan who said that he has absolutely no regrets about his decision to join up when he was still a boy.

Acting Company Sergeant, John encourages anybody who would like to consider the RDF to check out the website www.military.ie

Recruits will be subjected to the same stringent examinations as permanent defence force members and this means that following application, there will be medical examination, fitness test and an interview to test suitability.

“After acceptance, recruits will be placed on modular training culminating in a two week camp at a military barracks,” John said.

The camp process will help shape and mould members in terms of the discipline of correct dress, presentation, handling of arms, marching and footdrills etc. There will also be the issue of military clothing and uniforms for private recruits.

A number of high profile local men moved to the permanent defence forces from the FCA including the likes of Comdt Joe Gleeson who led Company 3 at the Easter Rising Commemoration in Dublin - he had been trained by John Kenehan as a member of the FCA in Thurles, and John was under his command for the Easter commemoration.

“It was an extremly emotional event and I could feel the eyes welling up and the throat tightening when the GPO came into view. I have only two years left in the RDF as I have to retire at 60 and it was a very special event to have been part of,” John said.

Elements of the training involves learning to drive a range of vehicles, experiencing the medical corps, map reading, dealing with arms, leadership, management and a whole range of other life skills which would be very necessary in the jobs market.

Indeed, many employers would be very impressed with a CV which comes with RDF membership as it immediately suggests a driven person, who is willing to take orders, and carry out a range of duties.

“We train two hours per week in the Templemore barracks on a Tuesday evening and then once a year we engage in a paid two week training programme in camp. It is a magnificent experience, but it is hard work too, with late night and early morning work,” John said.

Apart from the many ceremonial duties the RDF participates in, they can be called in at any stage to act as relief to the army. Members were on duty as support to the army most recently with the flooding crisis which hit the country during the winter.

“If anyone is interested is applying, have a look at the website or have a chat with any member of the RDF. They can also ring the barracks in Templemore where somebody is on duty at all times,” John Kenehan said.