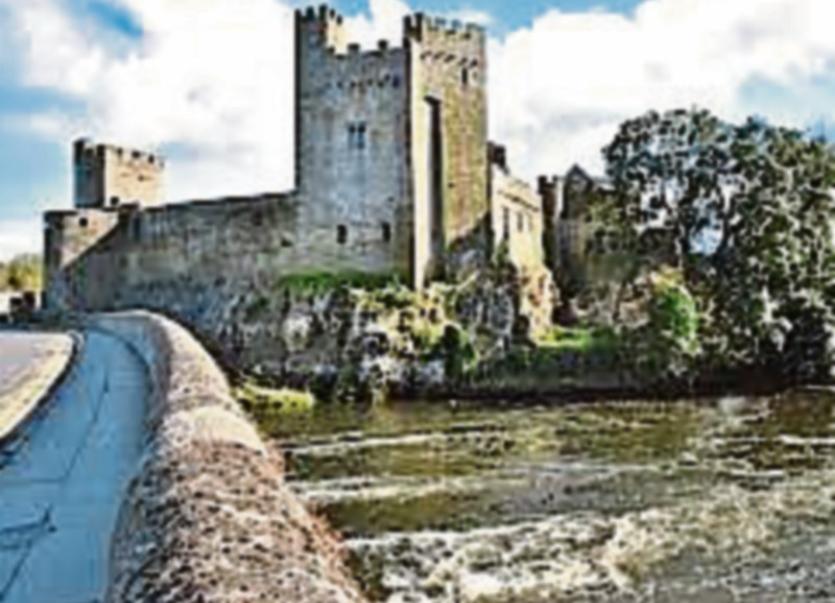 Cahir Castle's movie history has had to be removed from the Inch Field for repairs - a victim of its own popularity!

The 'Excalibur' sword, crafted by stonemason Philip Quinn and erected in the Inch Field earlier this year, had to be taken away last week when the cement in which it was docked began to crack and make the sword unstable.

Tidy Towns chairman Andy Moloney has reassured the people of the town that it has not been vandalised and it will be back!

Excalibur, also known as 'the sword in the stone,' is part of the King Arthur legend. In the story the only person who could pull the sword from the stone was the 'true king.' Since it was installed in the Inch Field Excalibur has proved very popular for photo opportunities but also with children who would “swing out of it,”according to Mayoe Moloney. Maybe they were trying to see if they were a king?

Tidy Towns is currently working on a 'Movie Garden' at Cahir Castle to mark the six major movie and television productions that have been filmed there, including Excalibur, Moonfleet and The Tudors. When the Excalibur sculpture returns to public view it may be relocated here, Mayor Moloney told The Nationalist.

Three more sculptures will be installed in the Inch Field before Easter, the Tidy Towns chairman said. They will be in keeping with the theme of the Castle and the Swiss Cottage. Signs will be erected and a walking trail set out.