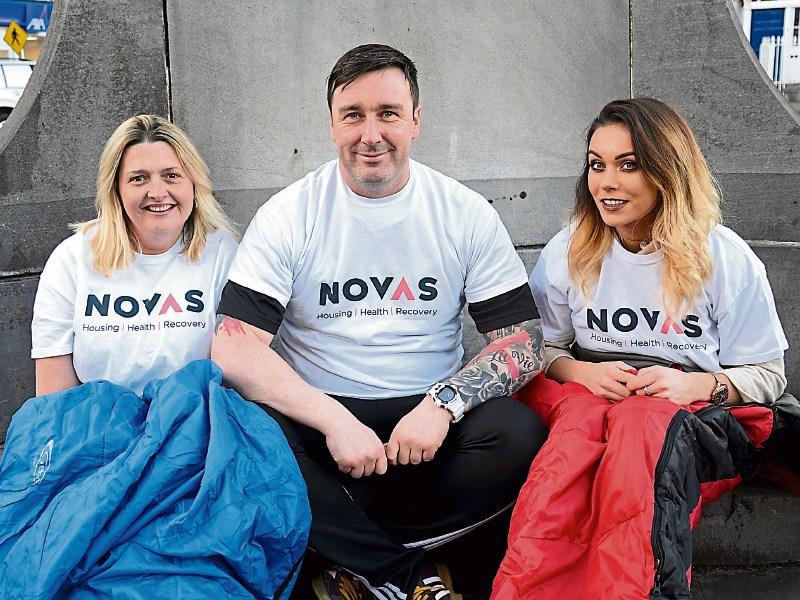 A group of social care students from LIT Thurles will be spending a night camped out in Liberty Square later this month to raise awareness of homelessness in the country.

The first year students undertook the project as part of a module on active citizenship and will be staging their sleep out on Monday 28th, November from 8pm to 6am Tuesday morning.

First year student Mags Higgins, who is a regular volunteer with homeless charity Novas, will be one of the students camping out.

"We had to come up with a project as part of one of our modules. I'm a volunteer with Novas and we came up with the idea that we should organise a sleep out in the town to help make people aware that homelessness is a growing issue in every part of the country”.

“There can be a stigma or assumption surrounding someone who finds themselves homeless but it can happen to anybody. It's very easy to fall on hard times," she said.

“There'll be five of us sleeping out and we're getting a trailer set up with our sleeping bags ready for the night."

The students will also be organising a bucket collection in the town in the coming weeks and are asking for the public to donate as much as possible.

"Novas always need funding so we're hoping to raise as much as we can. We're asking everyone in the town to give as much as possible," said fellow organiser Fintan Shanahan.

In addition the students will be continuing their campaign among the college campus when they set up a stall at the annual Christmas market at LIT.

"We're getting a stall set up and we'll be handing out information, just trying to get the message out there," he added.

As of October this year there have already been 42 referrals to the Novas centre on Mitchel Street, Thurles, with this number expected to rise to 60 plus by the end of the year.

In 2015 there were a total of 44 referrals to the centre. Nationally, homelessness has also reached record figures with 6,709 people now without a home around the country according to a report issued by the Department of Housing last week.

The report also showed that a total of 62 people in County Tipperary were recorded as homeless from September 19- September 25 of this year.