178 people get inked to show support for suicide awareness 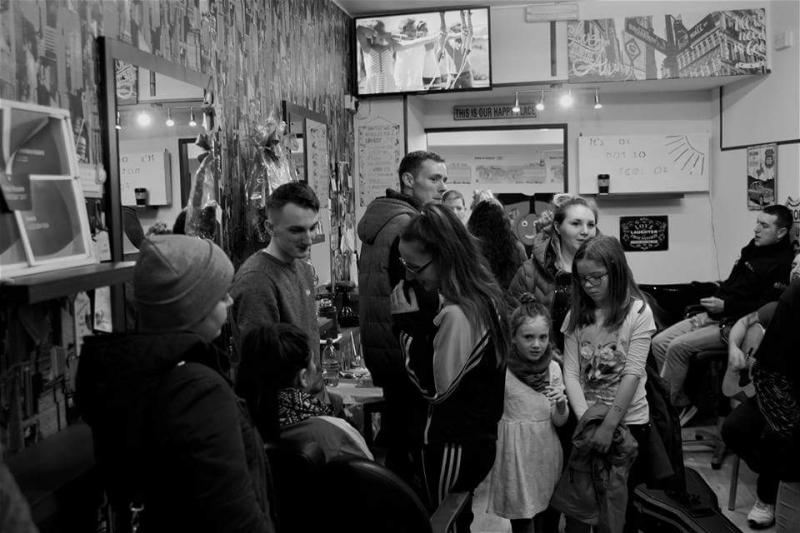 A suicide awareness and prevention group is quickly becoming a beacon of light for hundreds of people in Tipperary following the establishment of Project Semicolon Nenagh- the first Irish branch of the international suicide awareness support group.
After losing a close friend to suicide and hearing about several young people taking their own lives, 27 year old Gary Byrne decided to take action and set up the first ever Semicolon Project in Ireland on November 16 last. The first event for the group saw 150 people turn out on December 21st in Banba Square to 'light up the darkest day' and remember loved ones who had died by suicide.
“I felt I had to do something,” explains Project Semicolon Nenagh founder Gary Byrne. “Every week I was hearing about more people dying by suicide and every time I opened a newspaper there was another story about a family coming to terms with their loss. I had heard about Project Semicolon and liked their message. If we only reach one person with the group then its a step in the right direction.”
Two weeks ago the group held its very first “tattoo day” inviting locals to get inked with the semicolon symbol and joining in on the ‘one small character, one big purpose’ movement as a tribute to lost friends or family members and as a unifying mark to support those with mental health issues.
Over 200 people from Nenagh, Birr, Roscrea, Clonmel, Borrisoleigh, Galway and Dublin travelled to the pop up tattoo parlor in Razors Edge Barber shop in Nenagh to raise money for three local charities (Pieta House, Living Links Tipperary and Nenagh Ormond Search and Rescue) in all raising €6,000 across the two day event.
Local musicians Slow Seas, Barely a Band, Lisa Manning and Voice of Ireland star Pauric O Meara entertained the crowds who waited patiently for their turn in the chair of tattoo artists Tom Carroll and Johnny Mitchell who gave their time voluntarily and worked until nearly 4am to get through the crowds of people who had come along to get their own semicolon tattoo.
“We were completely overwhelmed at the turn out to be honest. People were incredibly generous and travelled great distances to come and show their support,” Gary told the Tipperary Star, adding that there are now plans to set up similar projects at other locations owing to the success of the Nenagh event.
A special presentation is now organised for this Friday night, February 3 in Silvermine Bar Nenagh for the chosen charities with live music, DJ and food served on the night. The organisers would like to extend an invite to the entire community to attend the event and continue promoting the message of the Semicolon Project.
The Semicolon Project gained international attention after it was set up in 2013 in the US and uses the semicolon as a symbol to represent a 'sentence the author could have ended, but chose not to - That author is you and the sentence is your life.'