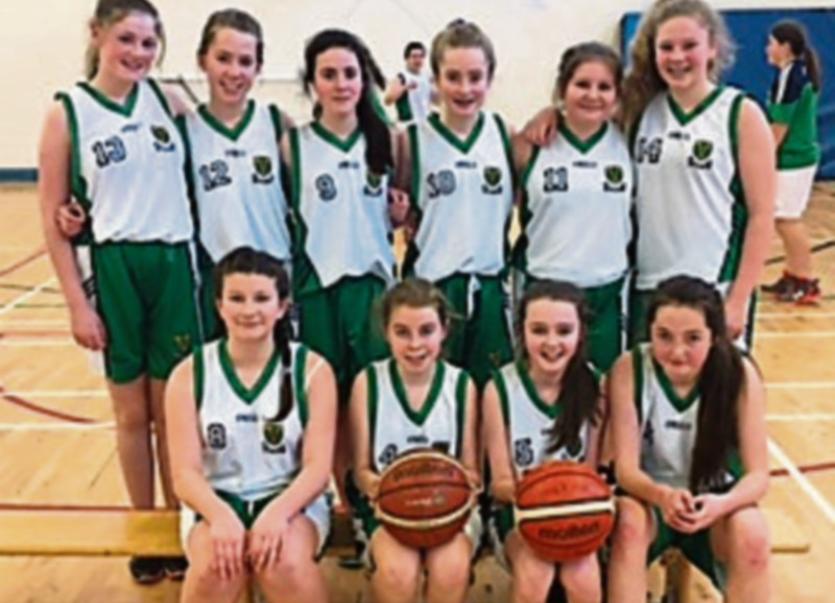 Congratulations to the Scoil Ruain 'Falcons' who had an impressive win over New Ross CBS on Thursday, February 9, on a score line of 37-4.

This makes it two wins out of two for the Falcons.

The 2nd years had a tight contest from the throw in but worked hard to lead by a basket at the end of the first quarter. Impressive displays from Emma Shelly and Eimear Boland gave the team confidence and belief.

Top scorers were Emma Shelly and Katie Mc Cormack. The girls worked hard both offensively and defensively and won on a score line of 18-10.

The 1st years had what can only be described as a battle. Each basket proving vital. The 'Eagles' were level with 10 seconds to go in the last quarter and an impressive basket by Ava Heffernan won the game in a dramatic fashion.

Brilliant performances by Ava Heffernan, Isabelle Hayden and Niamh Hayes led the girls to victory on a score line of 22-20.

Both teams were again in action against Loreto, Clonmel on February 8.

The Eagles were down a player with Niamh Hayes being out sick but the girls rallied together and put in a tremendous performance.

Ava Heffernan with 15 points and Emily Ryan with 6 points were the top scorers. Brilliant performances were put in by Isabelle Hayden, Robyn Horan and Erin O’Brien. The girls finished the game on a impressive score line of 30-8.

The girls have finished top of their pool and will qualify into the semi-finals.

It was not their day for the 2nd year team with errors in passing, shooting and intercepting the ball costing us the match. Emma Shelly tried to rally her team and never gave up playing 3/4 of the match.

Injuries did not help and 4 games in such close succession. The girls have finished second in their pool and will progress onto the quarter-finals.

The girls will need to regroup and work hard in order to prepare for their biggest test.