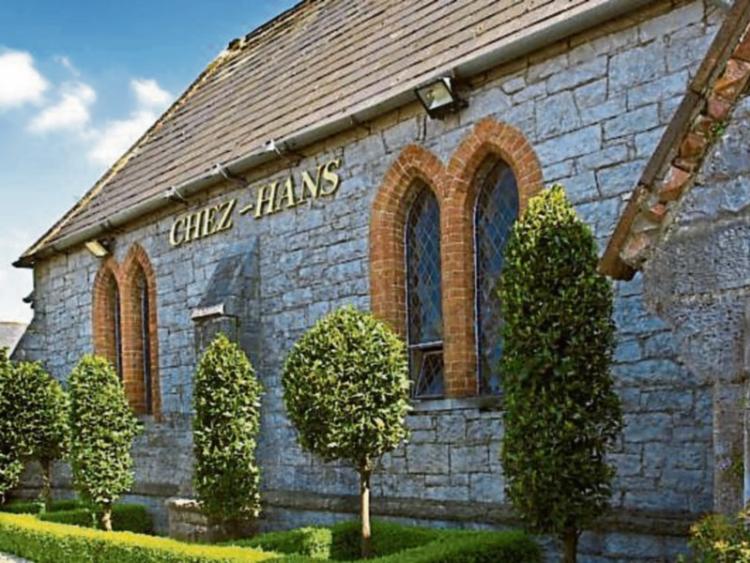 Two of Tipperary's top eateries have made the grade for the 2017 edition of John and Sally McKenna's renowned  food guide.

Chez Hans in Cashel and The Old Convent Clogheen were the only Tipperary entries in the top 100 list which has been running since 1991.

The Cashel restaurant, which celebrated 50 years in business last December, is listed as one of the best “big night out” destinations in the country according to the 2017 guide.

Although many others have since followed suit, the idea of opening a restaurant in a church was highly original when Hans-Peter Matthia did so in Cashel in 1968. At just 19 years old, Hans-Peter came to Cashel from Paris in 1966 where he took  a job  in the Cashel Palace hotel. Two years later he opened his own restaurant in the former synod hall on Moor St. and earned his first Michelin  star in 1983.

The restaurant, which is now run by  Matthia's son Jason  while his two other sons Stefan and Hansi   head up Café Hans and Stef Hans Café in Thurles.  This is the 21st year in a row the restaurant has been included in the Sunday Times McKenna's Guides top 100 restaurants in Ireland.

Meanwhile the Old Convent in Clogheen, which is run by the Gannon family, was also included on the list as one of the top destinations in the country for foodie lovers.

Described by the Mckenna guide as a “merlin of the kitchen” chef Dermot Gannon is known for bringing the foods of the region to life through inspired menus offering up the best flavours the country  has to offer.

Set at the foot of the Knockmealdown mountains, the Old Convent was originally home to the Sisters of Mercy for more than 100 years.

However in 2005 Dermot, one of Galways' top chefs,  decided to up sticks with his American wife Christine and the couple set their sights on the towering country house in Tipperary.

Since then  the Old Convent has scooped several awards to its name including  'Best chef in Munster' title for 2015 and 'Hideaway of the year- 2010'.