'Silent majority' back the works, but some traders opposed, hears meeting 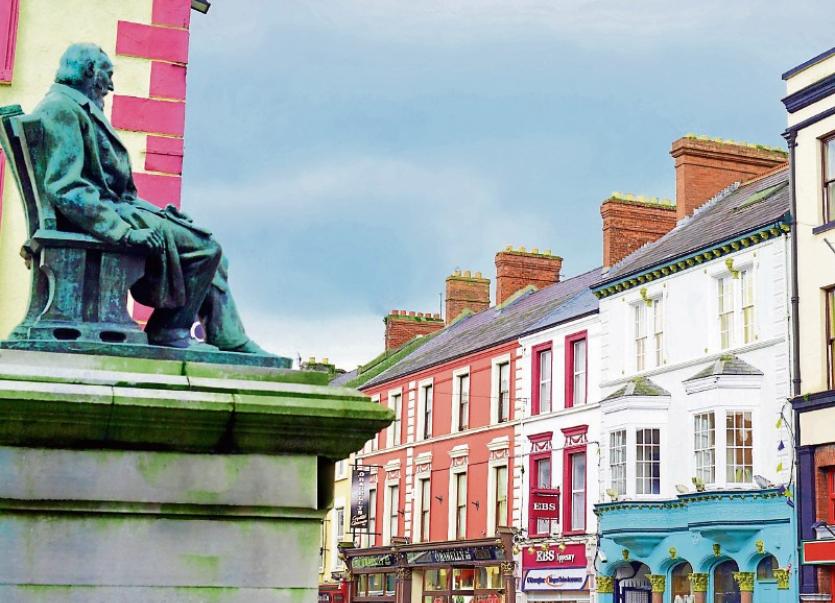 Councillors clashed over the future of Kickham Street and Tipperary Town centre, at this month’s Cashel Tipperary Municipal District Meeting.

Some half dozen business people from the town who are upset at the Kickham Street plans, sat in on the meeting which discussed ongoing controversies surrounding plans to install a new plaza, and traffic flows.

Senior Engineer Aidan Finn told Councillors that the District was installing a “table top range” at the Kickham Street Monument, and that proposed traffic plans will have to be reviewed. There is the option to reverse the plans after a six-month trial period.

Cllr Denis Leahy said there continues to be “huge congestion” at Davis Street, which reduces the flow across town. The plans “need not be a losing venture” but “double parking has to be restored” in Kickham Street, which was a “valve” for shopping.

Cathaoirleach Roger Kennedy said a proposal regarding car parking would need a separate vote. Mr Finn said the removal of a pedestrian crossing in the affected area would release about six car parking spaces, but “lose two spots outside AIB”, leading to a net gain of 4 spots. If they reverted back to a 2-way system, there would be a potential loss of 16 spots.

Cllr Martin Browne said they were never told they would lose car spaces on the right hand side. Other members said this was “on the drawing”. Mr Finn said the area was constructed in such a way that it could be reverted, but this would mean losing the plaza and right hand parking.

In response to Cllr Leahy, Director of Services Clare Curley said there was never any question of anyone “being asked to restore it to its ‘former glory’.”

Cllr Martin Browne inquired about reversing Phase I of the project: if so there would be no “need for a bigger wider footpath,” and they would revert back “with traffic and parking on both sides.”

Cllr John Crosse said the issue had consumed much time and effort, but the aim is to make the town more pedestrian and shopper friendly. “There are lots of pluses and minuses, but the job is only half finished. The big concern is we’re not going to see the full benefits of the job being completed.”

Cllr Kennedy said the aim was to create a “spine through the town” connecting the riverwalk with the pedestrian crossings, and on up to the Excel and Aldi. There will be electronic signage outside a bank to help traffic move along.

Mr Finn said the area of Fruit & Veg stalls near Aldi will be put out for a Part 8 consultation process. The plan is to pedestrianise this area, and put in attractive paving between here and the Banks “and to do it to a high quality.” Once the plans are approved, it could take 3 months to complete, with work starting around Christmas time.

Cllr Michael Fitzgerald said he had heard all kinds of misquoted figures regarding the works. There were “untruths” being put out about “proper public consultation”, leading to believe that the project was “rushed” through. “Everything is transparent in this Council. Nothing underhanded is happening in this Council,” he said. “Give it a chance, 12 months. Let’s see the overall project. We can revisit it in six months.”

Cllr Mary Hanna Hourigan said she would not vote for anything that would negatively affect business people. But unfortunately, “that can happen with improvements being put in. For example, Nenagh’s gas (network). I am mindful of the businesses that are affected. I have met many business people who are positive about it. There’s been a lot of bad publicity, and lies have been told.” The bypass “seems to be further away than ever”, though parents with children have told Cllr Hourigan that they have not been affected by the Kickham Street works.

Cllr Tom Wood compared the situation to Cashel’s experience with its plaza and bypass. While the “vast majority” of people appreciated it, there were still some people who didn’t even want to sit on the plaza. However, Cashel was “lucky” in that the bypass “materialised in the good times.”

Cllr Kennedy said the whole project is in place, and would “increase footfall to Kickham Street and the town centre, and add to the vibrancy of the town.”

Cllr Browne said they should stop comparing Cashel to Tipperary town. “It’s not the same.” The people of Cashel knew the bypass was being built. Cllr Kennedy said “8,000 vehicles” per day on the bypass “would make a huge difference to the town.” “I know Cllr Leahy would support this if the bypass was in place.”

Cllr Leahy said it was a “red herring” to suggest that the works could be reversed, and proposed that the traffic flow be reversed to a 2-way flow, while maintaining the current number of car spaces. He was told this cannot be done. “The people would not want any spaces lost,” he said.

Following a recess, when the members of the public left the Chamber, Cllr Crosse said he now found it hard to support the plans: “I cannot justify putting people out of business. It’s something I have huge concerns about. They have totally rejected the 12-month trial period.”

Cllr Hourigan said “nobody wants to fall out”, but “five or six businesses cannot hold the whole town to ransom.”  People have told her they are “not affected at all. This thing has grown legs, and figures are being misquoted. I wouldn’t even be bothered to meet them. They (the business people who attended the meeting) just left in a huff.”

Cllr Martin Browne said “that comment shows they are being treated with disrespect.” People need to be “way more proactive from the word go” regarding keeping the public consulted, added Cllr Browne.

Ms Curley said the authority has never held as many meetings and consulted so much, as with this and the Davis Street project. “That’s an unfair comment. This has not happened on a whim,” and they gone through the plans with a “fine tooth comb”. Money has been put into this scheme “to create a focal point for the community”. Tipp town is in a stronger position than Cashel was, in seeking a bypass, and “we will be relentless in our agenda,” said Ms Curley. “The officials have not shirked their responsibility.”

“I don’t doubt the level of work,” replied Cllr Browne. “But the perception out there is that businesses have not been listened to.” If Cllr Hourigan had “paper clippings of the correct figures” then she should correct them, added Cllr Browne.

Cllr Kennedy concluded the discussion by saying it would be a “negative move to change back” regarding the car spaces.