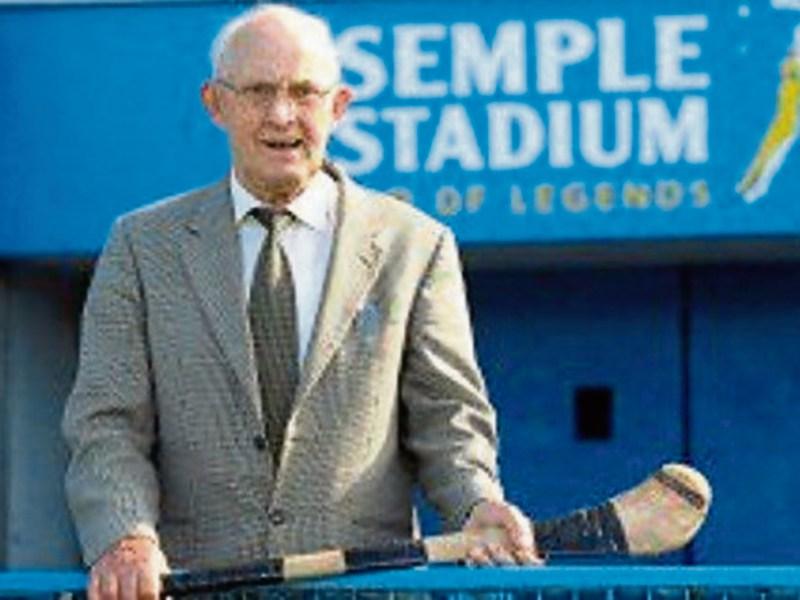 County Tipperary GAA Board chairman Michael Bourke has paid glowing tribute to the former Tipperary hurling legend Michael Maher who has died at the age of 87.

He died on Wednesday following a long illness.

Micheal Maher won five senior All Ireland hurling medals with Tipperary as a member of the renowned Hell's Kitchen in the full back line.

Michael Bourke said that as a player the name of Michael Maher was enough to put fear into the minds of opposing forwards whose task it was to mark him.

"One of the infamous 'Hell's Kitchen' trio, Maher was imperious and revelled in his position at full back.

"As Tipperary County Board Chairman, I am privileged to follow in his footsteps as Co. Chairman as Michael proved to be an excellent and thorough administrator who committed himself to Tipperary throughout his lifetime.

"His foresight and vision helped shape and steer the County to where it is today. On behalf of Tipperary County Board I extend our heartfelt condolences to the Maher family and also to his club, Holycross-Ballycahill, on the sad passing of Michael."

Michael first came to fame as an All-Ireland Minor winner in 1947 and was promoted to the Senior team during the 1951/52 League. He first played championship hurling in 1956, when Cork proved too good in the Munster semi-final. When he finished hurling after the first round championship loss to Limerick, at Cork, in June 1966, he had amassed an impressive haul of honours as well as earning a reputation as one of the best full backs in the game during the previous decade.

On the home front with his club Holycross-Ballycahill, Michael claimed three county Senior titles in 1948, 1951 and 1954, with his brother, Francis, as captain. His last county final appearance as a player was against Thurles Sarsfields in 1964.

In the years after his retirement from hurling, Michael became involved in GAA Administration and was Tipperary Co. Chairman 1979-1982, also serving as a Senior county selector in the 1980/81 season. He followed this as Munster Chairman 1989-1992 and while subsequently nominated to contest the GAA Presidency, that honour remained elusive. Michael spent several years as Chairman of Semple Stadium Committee and was a regular spectator at all games there until recent years.

At the time of his passing Michael was also Vice-President of Tipperary Co. Board.