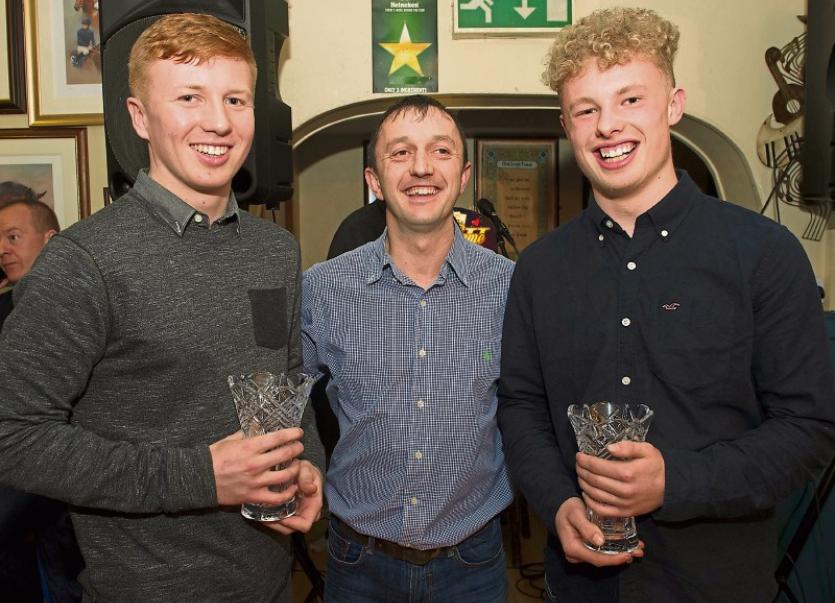 The winners of the Butlers Bar Fethard Sports Achievement Awards for January and February were announced on Friday night last at a special presentation function held in Butler’s Bar.

A large attendance there were also treated to an unexpected surprise when the both the Liam McCarthy Cup and The Irish Press Cup, won by Tipperary senior and minor all-Ireland hurling teams in 2016, were brought to the premises, thanks to Tim Floyd, Tipperary County Board Secretary.

The January award was then presented to the winner, David Flanagan, by M.J. Croke, representing sponsor Cashel Motor Works. David has had a purple patch recently having trained 5 track and 2 coursing winners from his Sunset Kennels, situated at Derryluskin, Fethard. He was also named as private trainer of the year at both Thurles and Kilkenny greyhound tracks.

The February award was then presented to two local rugby players, Jack O’Rourke and Patrick Scully, both members of the Fethard U18 rugby team who have been picked to play for Munster at the upcoming interprovincial. This is a tremendous achievement for these two young stars who have attained this high level of skill from playing with their local club here in Fethard.

Nominations for the March Sports Achievement award are now being accepted at Butler’s Bar or by emailing: sportsaward@fethard.com