Update: FF Cllrs. insist they were not disrespecting Martin McGuinness

Major row over protocol results in FF being labelled 'disgusting' 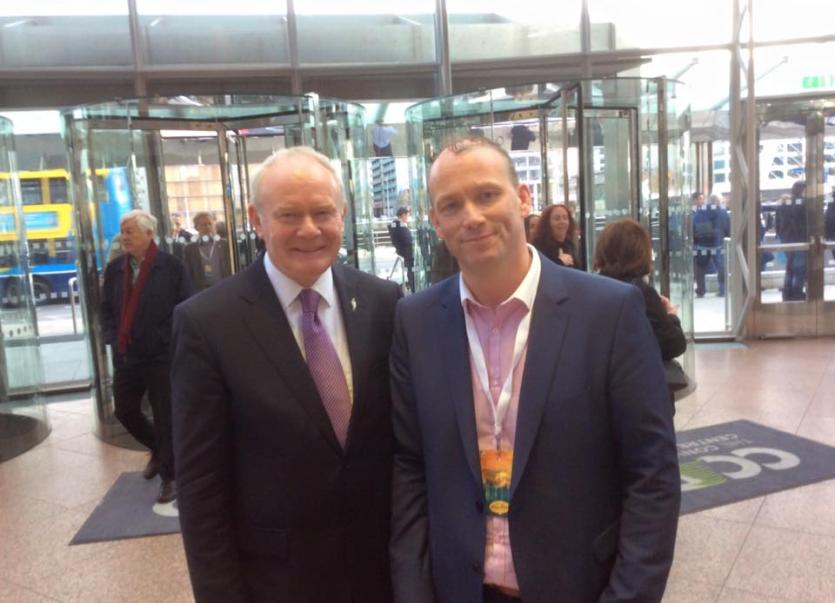 Fianna Fail members of the Thurles Municipal District have insisted that they were not disrespecting the late Martin McGuinness when they raised issues of protocol following a proposal to have a minutes silence at the monthly meeting.

A major row erupted at a meeting of the Templemore Thurles Municipal District when Sinn Fein Councillor David Doran proposed a minutes silence in memory of the late former Deputy leader of the Northern Ireland Assembly Martin McGuinness.
Cllr Dorans request had been agreed in advance with Chairman of the MD, Cllr Joe Burke, but none of the other councillors had been made aware of the agreement, until after the heated exchanges, which saw the Sinn Fein councillor refer to as 'disgusting' the behaviour of Cllrs Seamus Hanafin, John Hogan and Michael Smith, all of whom spoke on the matter.
The three councillors pointed out that they did not have an issue with Martin McGuinness, but added that protocol must be adhered to and minutes silence are not normally observed at Municipal District meetings - they are usually reserved for full Council meetings having been agreed in advance by the Corporate Policy Group.
Cllr Doran had proposed the minutes silence and acknowledged the agreement to open a book of condolence in the Municipal District Headquarters also, encouraging people to sign the book as a tribute to a man who had played a major role in the bringing of peace to Ireland.
The proposal was seconded by Cllr Jim Ryan who said that peace would not have been achieved without the significant influence of Martin McGuinness.
Cllr Seamus Hanafin, however, said that he did not have a problem with Martin McGuinness at all, but he did have a difficulty with the fact that protocoal was not being adhered to - the Municipal District did not, as a rule, observe minutes silence, but would pass votes of sympathy regularly - there was a vote of sympathy passed at the end of the meeting for the vicitms of rescue 116. Cllr Hanafin felt that the members should have been consulted if a break away from protocol was being mooted. Other national political figures did not receive minutes silence, he said mentioning former Taoiseach Albert Reynolds, because it was not protocol.
Cllr John Hogan agreed with Cllr Hanafin as did Cllr Michael Smith, but their comments did not go down well with Cllr Doran who admitted to being 'very emotional' over the whole thing.
Cllr Doran lambasted the Fianna Fail councillors, labelling them a disgrace to their country and the people they represent. Their comments, he said, were nothing short of disgusting and he could not understand how the memory of a man who had done so much to bring peace to Ireland could be sullied in this manner.
With voices raised and anger spilling over, Cllr Burke and District Manager Mr Matt Shortt fought to maintain contro, and eventually managed to do so, after Cllr Burke revealed that a request had been made prior to the meeting to allow the minutes silence to be observed.
The Municipal District has observed just two minutes silence in recent times - for their colleague, the late Cllr Willie Kennedy, and for very popular council employee Kathleen Wright. The County Council on the other hand, regularly observes minutes silence.
The fallout from the row on the airwaves and social media has been huge with many posts lambasting the Fianna Fail members for their disrespect to the late Martin McGuinness.
However, they are insisting that they were in no way objecting to, or taking issue with tributes to Martin McGuiness - their issue was the breach of protocol at the Municipal District meeting - protocol which had been agreed by all members during the drawing up of standing orders.
The minutes silence was observed following the row.