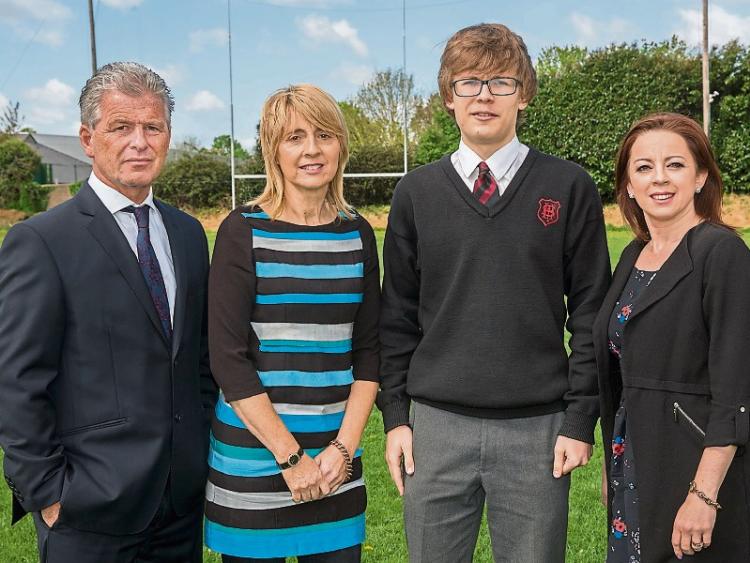 Mikolaj Glegolski, a Leaving Cert student at the CBS High School in Clonmel has his future all mapped out, thanks to a German multinational software corporation.

SAP, a company that makes enterprise software to manage business operations and customer relations, has awarded Mikolaj a scholarship to study Business Information Systems in Germany.

He will attend a German university for the next three years and all expenses will be covered by SAP, as well as receiving a bursary of €1000 a month to cover any additional costs and flights home.

SAP is headquartered in Walldorf, Baden-Württemberg, with regional offices in 130 countries, including Ireland.

After being shortlisted for the scholarship Mikolaj had to travel to the Dublin office to be interviewed in both English and German. The format of the interview included a video conference with Germany and Mikolaj was thrilled to discover he was the lucky recipient of the scholarship.

Mikolaj started learning German in First Year in the High School and his love for the language grew over the years.

Last year he was one of the national finalists in the Irish Austrian Essay competition and he received an award from the Austrian Ambassador.

He will travel to Germany after he has completed the Leaving Cert and once he has finished his studies in Germany he will then be offered a permanent job with SAP.

He is really looking forward to the next stage of his life and also the opportunity to become proficient in the German language.