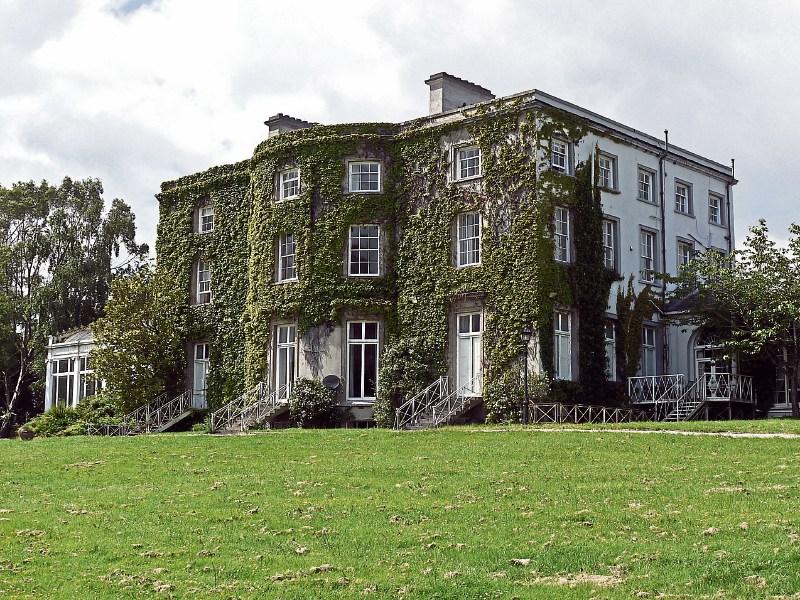 Clonmel's classical Georgian mansion, Marlfield House, has come on the market with a price tag of  €1,350,000.

Built in the Palladian style, it enjoys a riverside position fronting onto the River Suir with stunning views over the surrounding verdant countryside, including the Comeragh Mountains and the Galtees to the west.

Marlfied House is one of the most iconic residences in Clonmel.  Set on the banks of the river Suir, it includes a stretch with fishing rights and a lake within the village of Marlfield.

It represents a wonderful example of Irish architectural excellence and significance with William Tinsley, one of Ireland’s finest architects, and Richard Turner, a highly regarded designer and manufacturer of Glass Houses or Orangeries, were both commissioned works on the house and wider estate.

Built by Col. John Bagwell, MP, the central block was burnt circa 1923 and then rebuilt, by Senator John Bagwell, in 1925. The Bagwells were a wealthy and politically influential family in south Tipperary from the 18th to the 20th centuries. 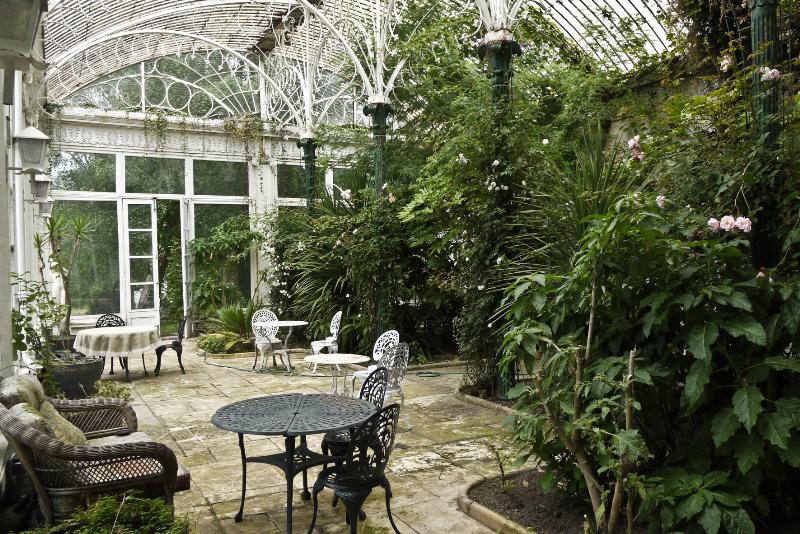 The fabulous orangery at Marlfield House.

The fire in January 1923 was an arson attack by anti-Treaty IRA forces during the Irish Civil War, the house being targeted as John Bagwell was a Senator in the new Irish Free State. Following the rebuilding, Marlfield remained in the family until the 1970s when the house and estate lands were sold. Subsequently the first and second floors were divided into apartments but the ground floor and basement remain largely unchanged. The newer sub-divisions on the upper floors being in stud-partitions and seemingly reversible.

A large and impressive reception hall leads to the principal reception rooms and the stair hall. The entire south elevation of the core central block is comprised with the dining room, drawing room and library. The drawing room incorporating a marvellous curved bow and each having large French doors to the south garden and interconnecting doors, the library in turn connecting to the Orangery to create a magnificent and impressive suite of reception rooms. 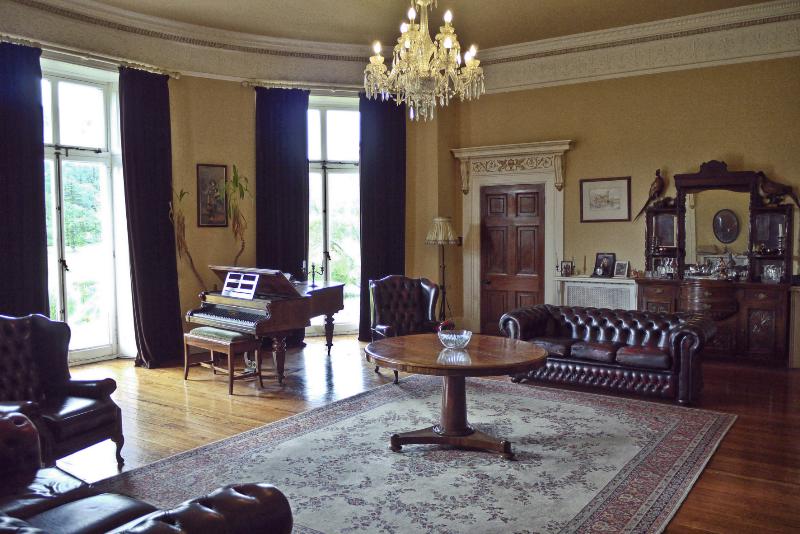 One of the stately rooms at the Clonmel house.

The Orangery or conservatory is hugely impressive and exotic with growing ferns, palms and vines. The basement benefits from good ceiling height and is well lit from natural light along the south elevation. Original wine cellars and a tunnel linking to the stable yard in the west pavilion block remain intact. The segmental-vaulted tunnel having marl voussoirs.

The bedroom accommodation on the first and second floors has been altered from the original form to create a number of independent apartments but the divisions were created with stud partitioning and great care seems to have been taken to maintain the integrity of ceiling cornices when divided.

Subject to any necessary permission[s] the changes seems inherently reversible or adaptable, the generous number of bathrooms in the current form giving great scope for a myriad of layout configurations. When rebuilding the house in 1925 a flat roof was installed behind the raised parapet’s giving a marvellous viewing platform and accessed from a permanent staircase. 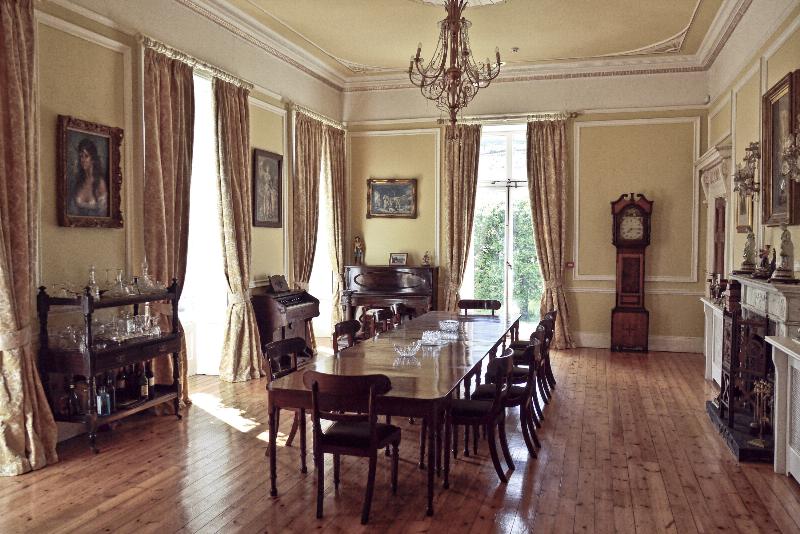 The dining room in Marlfield House.

Curving quadrants with round-headed recess opening link the central house block to the flanking pavilions, the eastern pavilion originally comprising the kitchen block and the western one stabling.

Designed to the classical layout of Palladianism, Marlfield House exhibits many notable features which contribute to its architectural significance. The blind niches to the quadrants and the façades of the pavilions, with their entablatures and urns, display direct influences from Classical architecture, enlivening the appearance of the building. The grandeur of the house is further enhanced by the related outbuildings, fernery, garden entrance and tunnel, all contributing to the setting of the house.