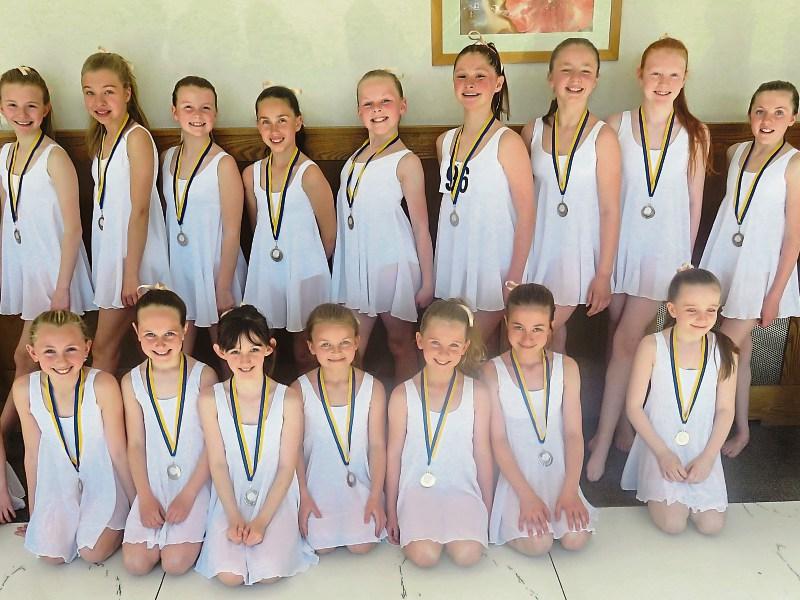 Just some of the successful dance troupe!

This took place at the Clonmel Park Hotel earlier this month, with local schools and dancers from around the country competing.

This was part of the WLDF circuit of contests, for which events in Ireland usually take place in Dublin or Belfast, so this was a first to have a contest held in Clonmel.

AOK-Dance, which is run by Aoife O'Keeffe, had groups competing in four different age categories, with three out of four of these groups placing first , the other second.

A number of soloists also competed in the older age categories, achieving excellent results, with ten qualifying for the World Championships in the UK later this year.

AOK-Dance is just over two years old, and one of the newest dance schools in the area, and for the majority of students this was the first contest in which they competed.

Clonmel woman Aoife O'Keeffe, trained in London and performed throughout Europe and North America and choreographed for numerous groups in the UK and Ireland.

Aoife was delighted with the Clonmel contest and said "for me, the most important thing is that all the students enjoy dancing and make friendships and memories, and that they all develop as individuals. All of the students were thrilled with the day and the results".

Treatment of patients in South Tipperary General Hospital to be surveyed