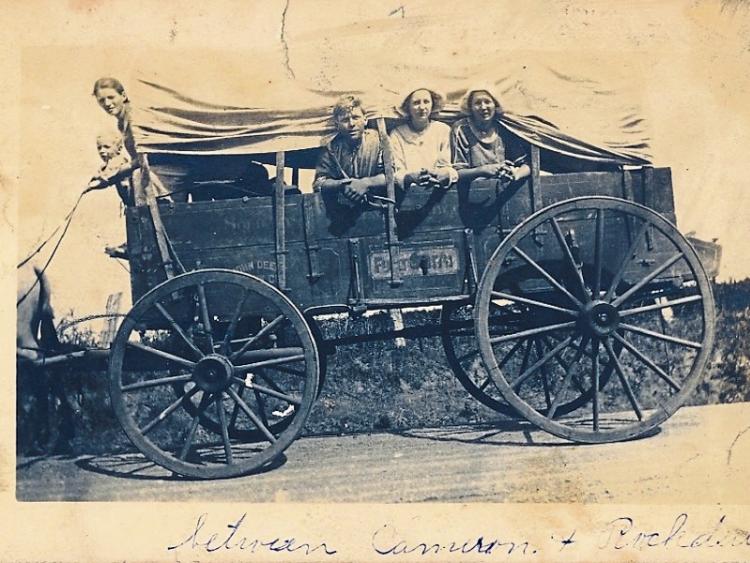 I am trying to trace local records concerning my Irish ancestors. I wonder if any local readers could get in touch if they have any knowledge of the couple?

The couple appear to have been born around 1830/31 in Clonmel /Cashel area and were David Carroll and Catherine Perkins. They were married at the catholic church in Trenchard Street, Bristol on 30th November 1853.

The marriage certificate shows David's father as David, a labourer and her's was James Perkins who had died by that time.

I have found a baptism record on 7 February 1831 for a David Carroll in Cashel, the son (illegitimate) of David Carroll and Mary Meighan - I have not been able to trace any records of these parents.

David and Caroline continued to live in Bristol and had 10 children, all baptised at the catholic St Nicholas Tolentino church in Bristol. one of their daughters, Catherine (1864-1954), married John Edward Matthews(1859-1920).

Catherine and JE had 7 children in Bristol and the eldest daughter Catherine Edith (1887 -1939) married Thomas Harper who was my paternal grandfather.