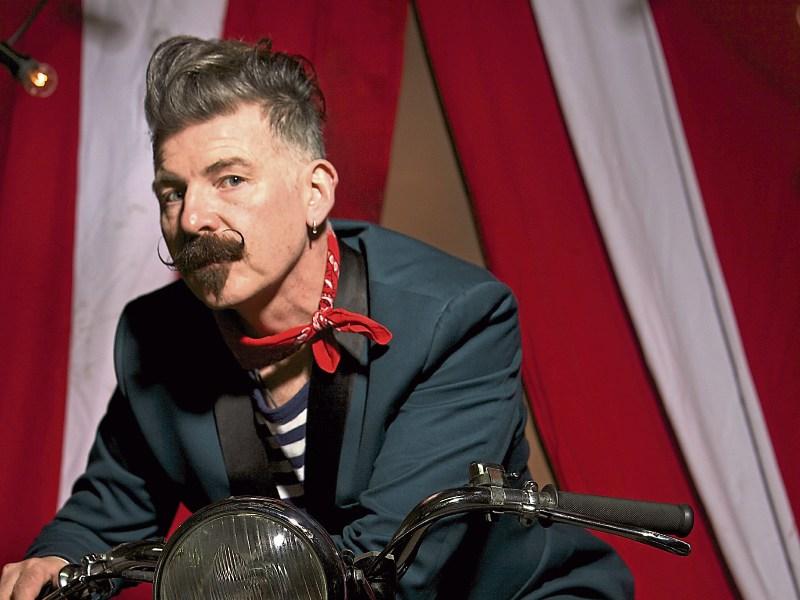 The two-day event will also see the return of one of Ireland's best known bands, The Blizzards.

Jerry Fish has been a household name in the Irish music industry since the 1990s. The frontman of 1990s group An Emotional Fish (known for the hit single, Celebrate) and his later project, Jerry Fish & The Mudbug Club, Mr Fish is known for his theatrical, circus-like performances.

He once headlined the now defunct Midsummer's Ball at Lough Derg Yacht Club.

His albums, Be Yourself, in 2002, and 2009’s The Beautiful Untrue both went platinum, with Fish winning an Irish Music Award in 2003 for Best Country / Roots Artist.

The Sideshow annually features a performance by the ringmaster himself with a selection of impressive alternative acts accompanying him throughout the weekend.

Jerry Fish takes to the stage on Sunday, August 20, with the opening night's top act being The Blizzards, who recently ended an 11-date sold out Back to Basics tour.

The Blizzards have partnered up again with producer Philip Magee (The Script, Kodaline) to create a synth-heavy, 80's anthem. Show Me The Science is the fourth single from the band's forthcoming album, due later this year.

As well as the main acts, local groups and musicians will also perform, including James McGrath, who is holding his own on the London scene; Michelle O'Dwyer, who has just released her first CD, 1710 and Slow Seas.

Overnight camping is available for what is an over 18s event.