Tipperary farming: Government urged to use French 'window of opportunity' to delay Mercosur 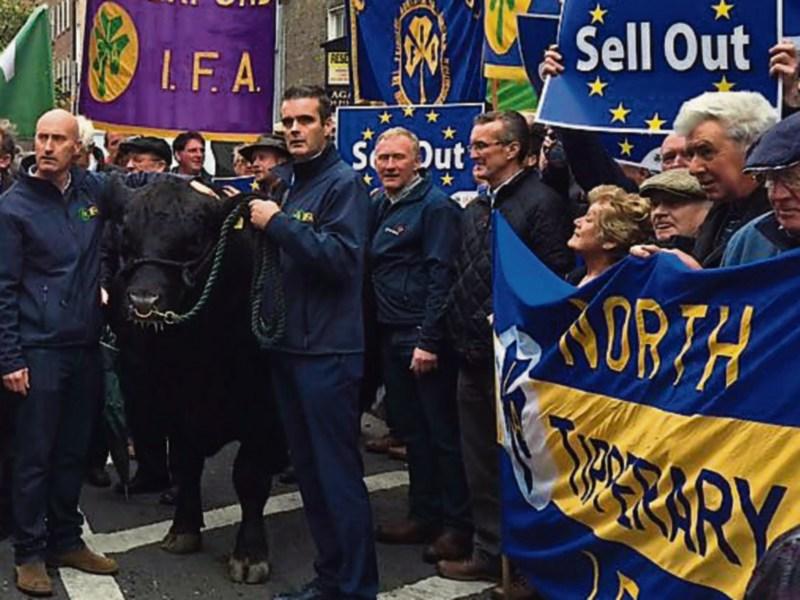 The president of ICMSA has urged the Government to take advantage of a “window of opportunity” that has opened up and might enable us to delay the prospects of a Mercosur agreement that will gravely threaten our beef sector.

John Comer was referring to a speech on agriculture made in Paris by French President, Emmanuel Macron, in which he indicated that the French Government was not in favour of “rushing to conclude negotiations (on Mercosur) by the end of the year”.

Mr Macron cited the fact that the situation has “changed profoundly” since the mandate for the talks was outlined in 1999 and he indicated that he will discuss the matter with other EU leaders at next week’s European Council.

Mr Comer said that realisation by the French that the EU was sleepwalking into trade deals that would inflict irreparable damage on its own EU farm and beef sectors was very welcome indeed.

“ICMSA have repeatedly pointed out that - certainly as far as Ireland is concerned - matters have changed, and changed utterly, since the British Referendum and the idea that the EU would even contemplate a trade deal with the Mercosur bloc possibly involving a quota of over 70,000 tonnes of beef while we still have no idea whatsoever where the Brexit talks will finish up at is, to our mind, absolutely ludicrous. The obvious thing to do, the sensible thing, was to suspend or ‘park’ all trade talks and negotiations until such time as the present uncertainty and confusion around Brexit is cleared and then review the situation in light of the new reality and circumstances. The French – thankfully – seem to see that this is the only logical way to proceed and have called for a halt to this gallop towards concluding a deal before Christmas that – and let’s be clear here – will do enormous damage to our beef sector even without the enormous threat represented by the possibility of, say, tariffs on our beef exports to the UK”, said Mr Comer.

“Ireland must support categorically the French position at next week’s European Council and work to convince other Member States that any deal with Mercosur on beef imports is highly questionable at any time, but in the context of the uncertainty over the trade terms with the UK post Brexit, proceeding with the talks at present is nonsensical and probably disastrous”, he concluded.

Meanwhile, ICSA president Patrick Kent has accused the Taoiseach of not hearing the concerns of the Irish beef sector if he believes that the Mercosur talks are about ensuring higher standards in Brazilian beef imports.

“Mr Varadkar needs to understand very quickly that the issue is the flooding of the EU market with 70,000 extra tons of beef at a time when our exports of 270,000 tons to the UK are under threat from Brexit.

“The Brexit threat means that any EU beef quota for Brazil is unacceptable especially as the UK could end up with a separate import deal from South America,” he said.

Mr Kent was reacting to comments by Mr Varadkar that he would insist on the “highest standards” of animal welfare, health and safety should a deal on beef be struck with the Mercosur trading bloc.