WATCH: Battle of the 'Beasts' as 18 foot snowman erected in Urlingford 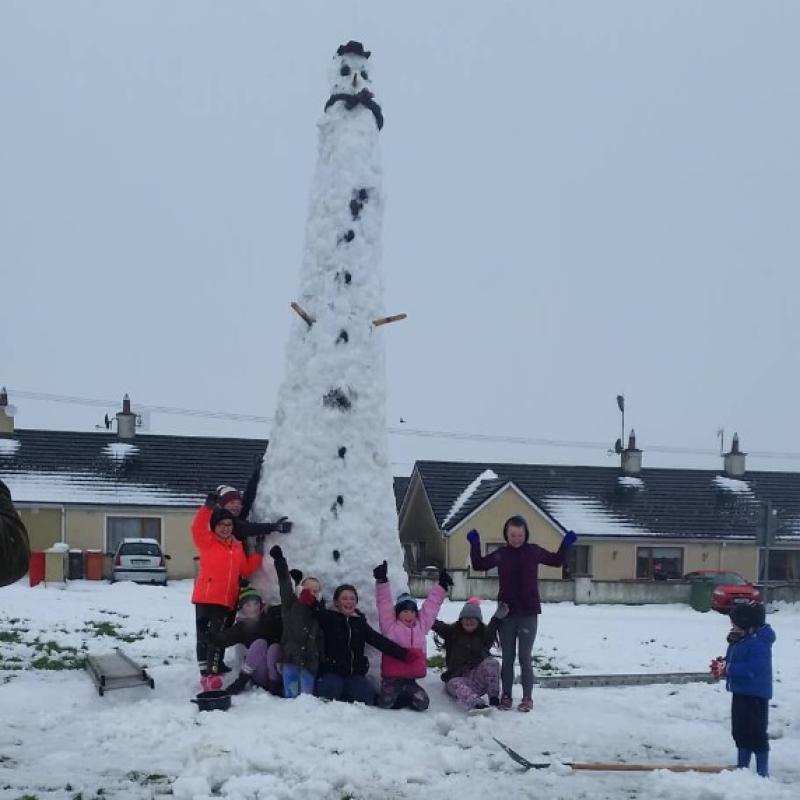 Spurred on by the news of the 17 ft snowman in Borrisoleigh, it appears one estate in Urlingford have decided to go the ‘extra 12 inches’ after they constructed a snowman of epic proportions standing at 18 feet tall.

Masterminds John Paul Cashin, Adrien Cleere, Michelle Cleere, Sinead Stapleton, Chippy Quinlan, Rachel Ivers and Erica Kealy, along with up to 15 younger helpers, worked tirelessly for over five hours to build the ‘Mount Finn’ snowman in Mountfinn Drive estate on the Kilkenny/ Tipperary border to claim the title of tallest ‘Beast from the East.’

"We saw the picture of the snowman in Borrisoleigh so we said we'd try and make our own version in Urlingford," explains Suzanne Stapleton, adding that the group used three ladders to help their snowman reach 18 feet high and earn the title of tallest 'Beast' in Tipperary. 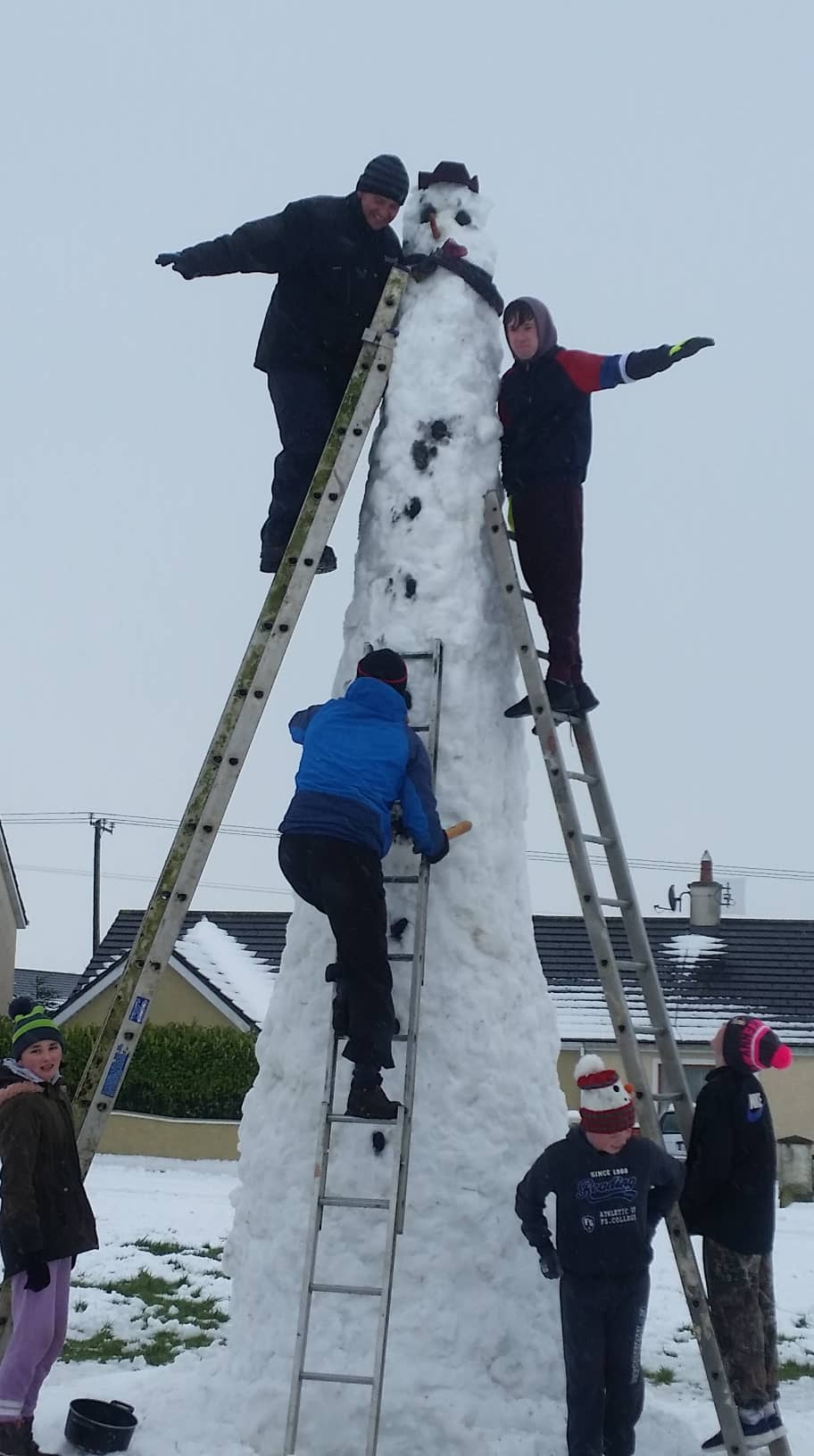 Up to three feet of snow fell in parts of Urlingford leaving the group in no short supply of building materials.

"We're completely snowed in here and most people have been off work since Wednesday as they couldn't travel anywhere. Some of the shops that have staff working locally opened earlier today so things are starting to return to normal. The snow was nice for a short while but we won't be sad to see it gone," she adds.