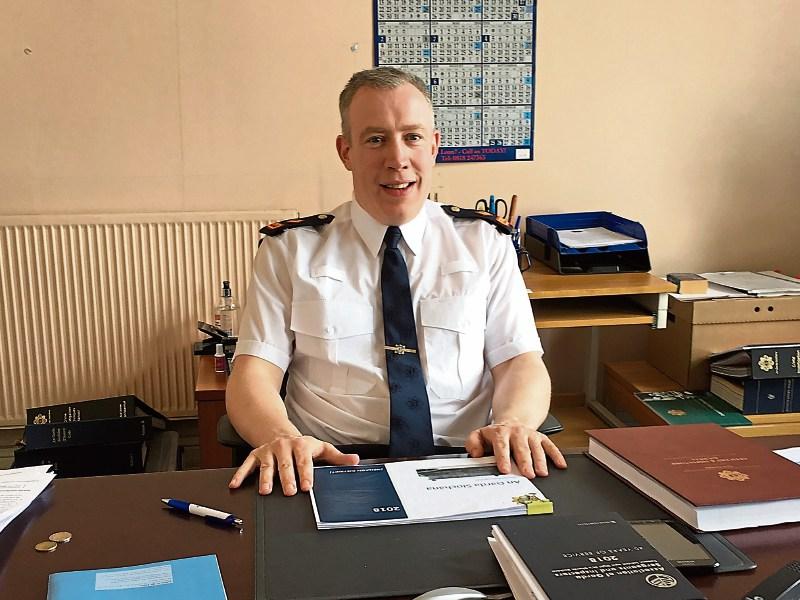 Supt David Nolan who has been appointed to Nenagh Garda District

Nenagh Garda District's new superintendent David Nolan has outlined the challenges facing one of the largest Garda districts in the country.

Supt Nolan, who is originally from Tullamore, took up office last week following the retirement of Bob Noonan in September 2017.

Supt Nolan described the district as needing a mix of urban and rural policing, with the area having two 24-hour stations at Nenagh and Roscrea.

“I am delighted with the opportunity to be superintendent in Nenagh and am looking forward to the challenges. Among the challenges is policing the M7,” he told the Tipperary Star.

“There will be more covert and overt patrols on the motorway to ensure a high-visibility presence and pro-active policing,” he revealed.

Locally, he wants to place an emphasis on the Garda Schools Programme, with visits to schools to educate young people on road safety, drug awareness, and what he described as the “pitfalls of social media”.

He plans to have more Gardai on the beat, more mobile patrols and to engage with community groups and other organisations in the district.

“There will be an emphasis on giving crime prevention advice to communities and high-visibility patrols over the winter,” he said.

Supt Nolan said what he wanted to achieve under his watch was that communities in the district had a safe place to live and work and to go about their business.

“Nenagh district is a very good, safe place to live. It is a very welcoming town, and I have already been welcomed by a number of people,” he said.

Supt Nolan, who is familiar with the town as he used to play golf at Beechwood, said he knew the area had a great community spirit in which people looked out for each other.

“That is very reassuring. I want to place the victims of crime at the heart of policing,” he said. “I am told there is excellent support for the Garda in the district and we are very grateful for the support from the community.”

He encouraged people to report any suspicious activity to the Gardai to help their fight against crime.

“The more help we get the better,” he said.

He also praised Insp Seamus Maher who had acted as superintendent in the interim, saying he had done an “excellent job”.

Supt Nolan joined the Gardai in 1999 and was stationed in Tramore in 2000 before moving to Kilkenny in 2002.

In 2008, he was promoted to sergeant in Thomastown before returning to Kilkenny city in 2009.

He was sergeant-in-charge in Castlecomer in 2012 and a unit sergeant in 2013.

He gained his promotion to inspector in 2014 and was stationed in Dungarvan, being the district court prosecutor there and in Lismore.

In 2016, he moved to Mullingar and was promoted to superintendent last March.

With Nenagh garda District being equal in area to the size of County Louth, Supt Nolan will look after stations in Nenagh, Roscrea, Borrisokane, Portroe, Dolla, Toomevara, Ballingarry North, Newport, Lorrha and Moneygall, and intends visiting all the stations over the coming weeks.