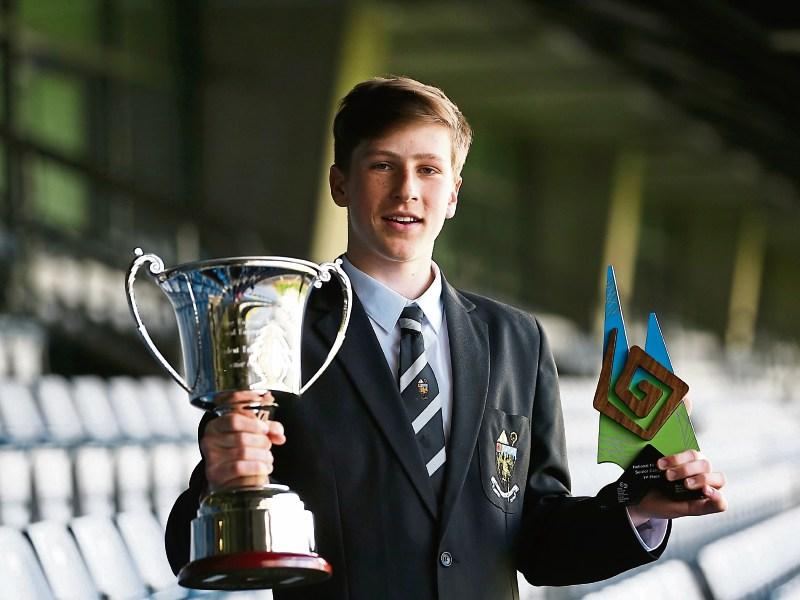 Over 23,000 students from 480 schools all around Ireland participated in what is now one of the most prestigious competitions in Ireland.

Manus’s journey began in September 2017 when he made the decision to enter a transition year mini-companies competition in Cistercian College.

He approached the monastic community in Mt St Joseph Abbey with the intention of building his project on the famous fresh bread that they baked for almost 100 years in the Monastery Bakery.

What quickly transpired was that there was a huge amount of nostalgic interest in the project from many quarters.

Manus dedicated a huge amount of time and effort into promoting and upscaling the venture.

He showcased and sold the bread and Bread mix at as many markets and artisan food demonstrations as his time would allow.

He then set up a dedicated website and a facebook page to promote Abbey Bread to a wider market and started taking orders for the product online.

In March, he entered the County Offaly student enterprise competition which he won receiving a cheque for €500 and qualification for the National Finals in Croke park.

Manus’s next step was to find local stockists for Abbey Bread.

On May 2nd Manus brought Abbey Bread to Croke park for the National Student enterprise finals where he joined over 1000 other students competing for the top award.

So impressed were the judges in the story, the dedication and the level of excellence displayed that Manus was awarded the Social Media Award and subsequently won the overall winner’s award in the senior category receiving a trophy and a cheque for €2,350 in the process .

Manus and Abbey Bread was praised for the excellent standard of presentation, the very rich food heritage aspect of the product, and the hands-on approach taken by Manus in developing the business over the past 6 months.