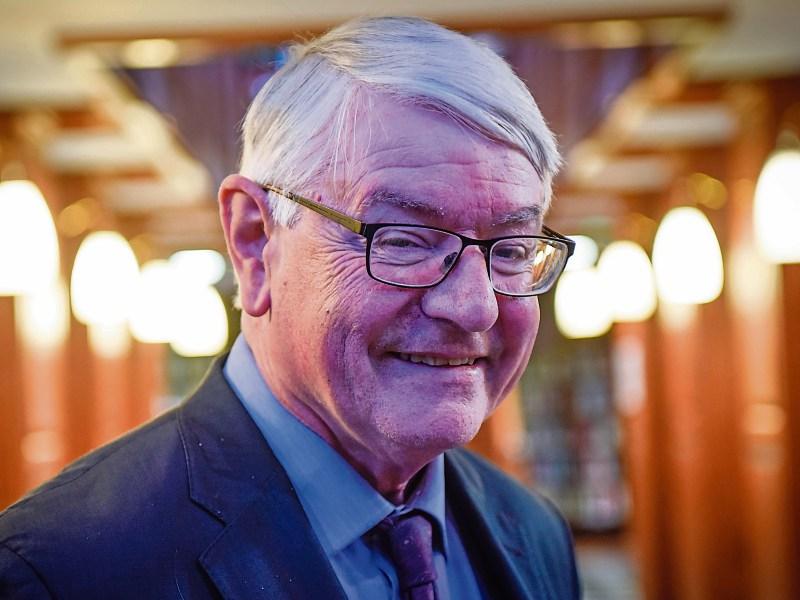 Carlow College, St. Patrick’s has awarded its inaugural St. Columbanus Medal to Dr Martin Mansergh, MRIA in recognition of his contribution to the Peace Process in Ireland over many decades in his role as advisor to four Taoisigh on Northern Ireland.

In particular, the St. Columbanus Medal recognises his contribution to achieving the Good Friday Agreement in 1998, the twentieth anniversary of which is being marked this year.

Dr Mansergh is a former South Tipperary TD and Minister of State and a noted historian.

He was was born in Woking, Surrey, England and he obtained his doctorate in philosophy from Christ Church, Oxford University for a study of pre-revolutionary French history.

He has served in the Seanad, the Dáil and was a Minister of State from 2007-2011. He is the author of The Legacy of History and he has been a columnist with both The Irish Times and the Irish Catholic.

He is Vice-Chair of the Government’s Expert Advisory Group on the Decade of Centenaries and is a member of the College Governing Body.

Speaking about the award and recognising Dr Mansergh’s work and contribution, Fr Conn noted – “the College is honoured that Dr. Mansergh has agreed to be the recipient of the St. Columbanus Medal on the twentieth anniversary of the Good Friday Agreement.

“The medal has been minted in honour of St. Columbanus, who was born in the shadow of Mt. Leinster and who contributed extensively to the ecclesiastical and cultural life of sixth and seventh century Ireland and Europe”.