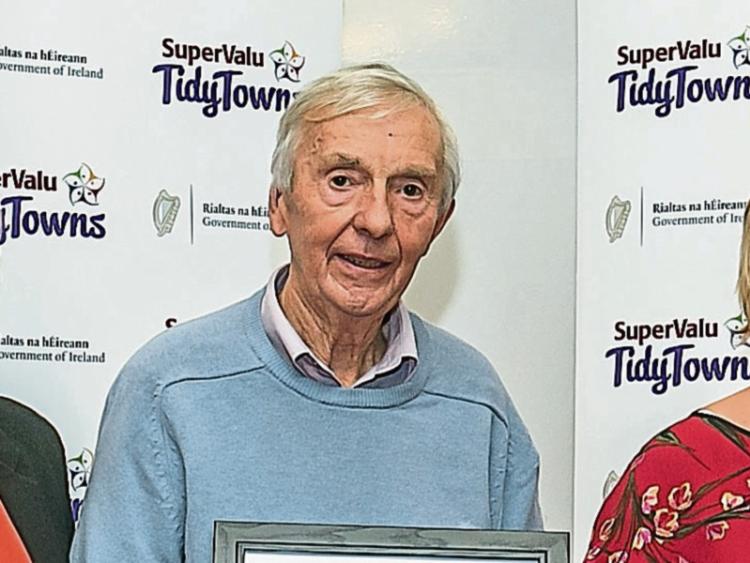 There was widespread shock and sadness in Clonmel this week at the sudden death of Tidy Towns secretary Frank O’Donoghue.

A tireless worker in the community, he was a founder member of the Clonmel Tidy Towns group almost 40 years ago and had served as its secretary for many years.

He was one of those people who spearheaded the significant improvements made in the appearance of the town in recent years.

Mr. O’Donoghue’s dedication and commitment were recognised when he was honoured with the Tidy Towns Community Hero award in recent years.

He was especially proud of the progress made by Clonmel in the Tidy Towns competition over the last number of years.

This year Clonmel won a gold medal in the national competition for the 11th year in-a-row, and also won the national Pollinator award.

This award, which was presented after Clonmel beat off stiff competition from 65 other entries in 22 counties, recognised all the work completed by the town to help pollinating insects.

In scooping the top prize of €1,000, Clonmel was said to have adopted a whole-town approach, mapping the town and pinpointing areas that could act as refuges for pollinating insects, to provide food and shelter. 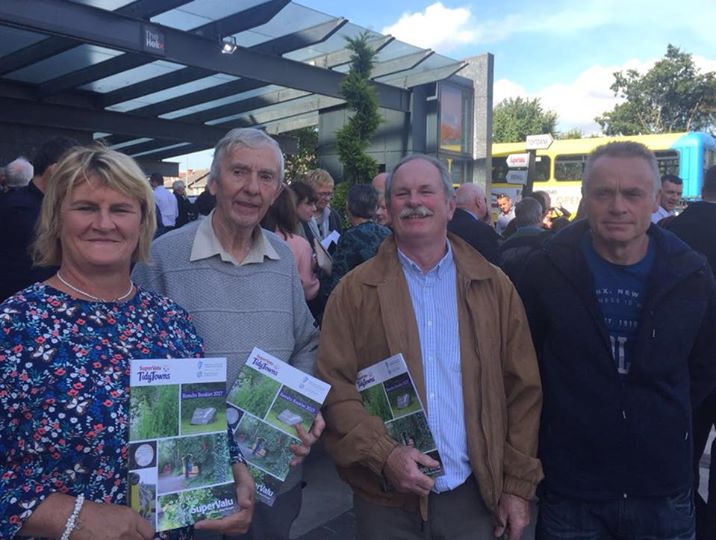 Leading the tributes to the late Mr. O’Donoghue, District Mayor Richie Molloy said that he was totally committed to Tidy Towns in Clonmel for over 30 years, and had helped the town win many awards.

“He won the Tidy Towns Hero award himself, which was a great tribute to the work he was doing. I couldn’t say enough about his work in a voluntary capacity, especially during the summer when I would be returning from council meetings and would often see him on his own tidying up the laneways of Clonmel, especially at the back of the Clonmel Arms Hotel.

“That was wonderful dedication, as he lived for the Tidy Towns”.

Cllr. Molloy said he had put huge effort into the submission made every year to the Tidy Towns judges, and was very involved in the various biodiversity projects in recent years.

“Ten years ago when I was mayor, Frank approached me and asked could the Tidy Towns and the council work more closely together”, said Cllr. Molloy.

“Since then the outdoor staff and Frank’s committee worked hand-in-hand and that has all added to keeping the town looking so well.

“The fact that the town looks so well is testament to his hard work and a wonderful legacy for his efforts over so many years.

“He was the founder of the Tidy Towns group, along with Vera Hewitt, over 30  years ago and his efforts never faltered in that time”.

Frank was always a great supporter of other voluntary and community initiatives in the town, including the annual Rotary Club Remembrance Christmas Tree in aid of Hospice.

As usual he had his name down to help out at this year’s event, which begins this Wednesday, and continues until Sunday.

Rotary chairman Joe O’Sullivan paid tribute to his huge commitment to everything good in Clonmel and said it was typical that he was already pencilled in to help out at this year’s Remembrance Tree.

Martin Behan, the chairperson of Clonmel Tidy Towns, said that Frank was passionate about Clonmel and everything to do with the environment.

“He had great pride in the town”, he said.

“He worked tirelessly for the town and took great pride in Clonmel winning yet another gold medal this year, as well as the Pollinator award in the Tidy Towns competition”.

Following that success, Martin and Frank were among the local Tidy Towns members who only a couple of months ago hosted a visit to Clonmel by Peggy MacLeod and Tom Sullivan, members of the Western Massachusetts Pollinator Network in the United States, during their trip to Ireland to learn about the All-Ireland Pollinator Plan run by the National Biodiversity Data Centre.

The American visitors were brought on a tour of Clonmel and to mark the occasion a fruit tree and native birch tree, both of which are Irish and pollinator-friendly, were planted in Mulcahy Park. 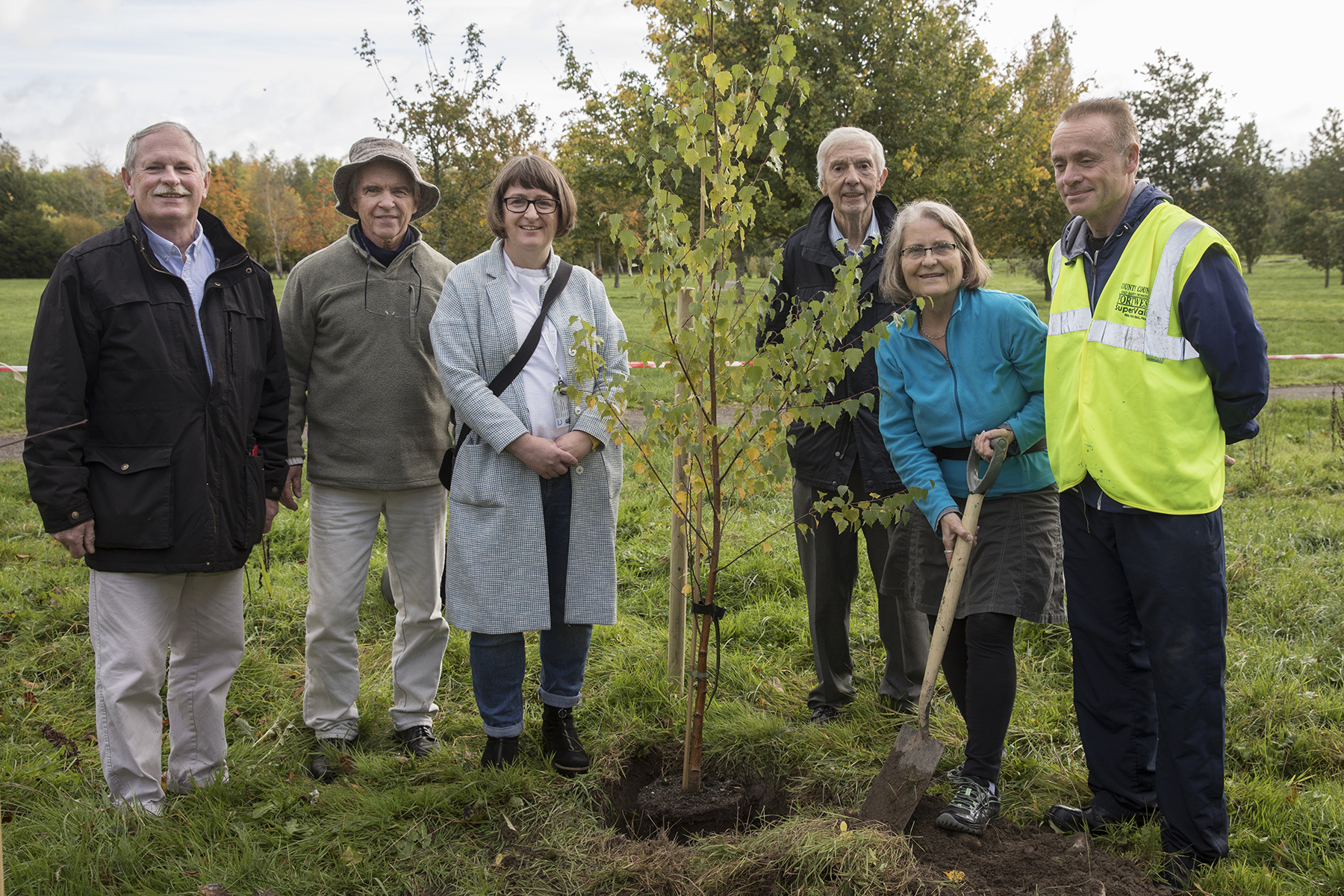 “Frank was very good to motivate people and he would always give you a lift if spirits were down”, said Martin Behan.

“He was the guiding light who gelled the committee.

“It was a privilege to have worked with him for the past nine years.

“We started out as fellow volunteers and became great friends.

“Frank will be sorely missed and will be a hard act to follow.

“In his memory, we hope to go forward and drive on to better things”, said Martin.

In his younger years Frank served with the RAF (Royal Air Force).

In Clonmel he worked at Prendergast's garage and with the Rehab group.

He will be reposing at Condon’s funeral parlour, Clonmel this Wednesday evening from 5pm, with removal at 7.30pm to Ss Peter and Paul’s Church.

Funeral Mass will be celebrated on Thursday at 1pm, followed by burial in St. Patrick’s Cemetery.