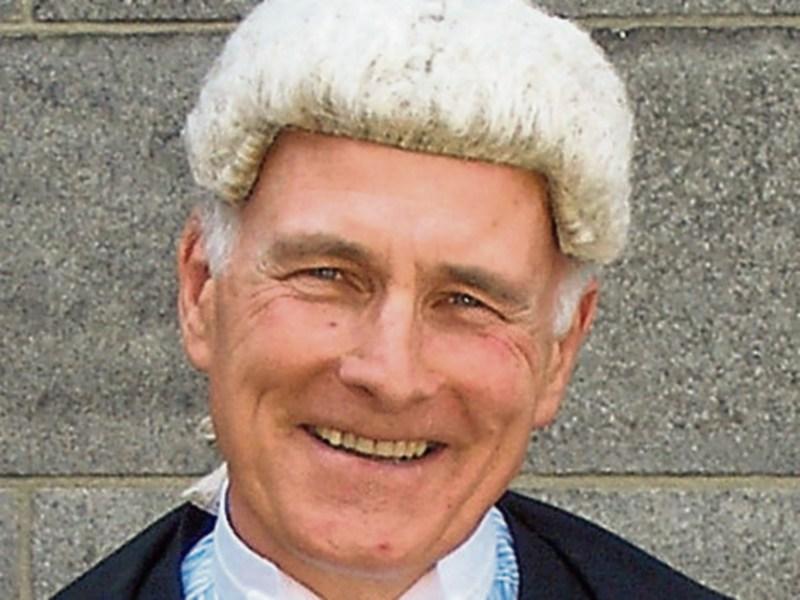 Before the court was 19 year-old Warren Fleming from 13 Cluain Cregg, Carrick-on-Suir, who pleaded guilty to assaulting and harming Sophie O'Dwyer and Alex Malone at Ard Mhuire, Carrick-on-Suir on June 14, 2016.

Fleming was 17 years-old at the time.

Gda. Louise Lordan gave evidence that Gda. Judith Davern received a call to go to Ard Mhuire on this date. When she arrived at the scene, she met Sophie O'Dwyer who had suffered an injury to her left eye, while Alex Malone had a lot of blood coming from his face.

Ms O'Dwyer recounted that she was at a kebab shop on Main Street earlier and was approached by Warren Fleming. He asked her for a kiss and to go down the lane with him but she told him to go away.

Ms O'Dwyer walked down to Ard Mhuire and Fleming followed her.  She spoke to two friends, who were inside a car. Fleming smashed a window of  the car and punched Alex Malone in the face and kicked him in the head when he fell to the ground.

Ms O'Dwyer suffered a cut to her left eye from the window glass.  Alex Malone's eyes and face were swollen and one of his front teeth was broken. He also sustained a cut to the back of his head and he spent two nights in hospital in Clonmel.

Gda. Lordan read Alex Malone's Victim Impact Report to the court, which outlined that his medical bills arising from the assault came to more than €2,000. After the incident, he became withdrawn from friends and life and found it hard to go to public places. He had to undergo major dental work at great expense to his mother, which caused her a lot of stress and worry.  He said he lost his self confidence after the assault.  Gda. Lordan said Sophie O'Dwyer didn't wish to make a Victim Impact Statement.

Defence barrister Edward O'Mahony said his client was mistakenly under the impression the occupants of the car were calling out in a disparaging and abusive manner at him and making fun of him. Alcohol was a factor in his behaviour. Earlier that night all the parties had been watching a European Championship soccer match.

Mr O'Mahony added that his client was friends with the car occupants for some period of time before this incident and never had a negative interaction with them before this. He regretted the way he reacted and caused the injuries.

The barrister submitted that while Fleming drank alcohol to excess, he didn't appear to have an addiction to alcohol. He had been advised, however, to monitor his alcohol consumption.

Mr O'Mahony pointed out that the Probation Service assessed Fleming as being at a low risk of re-offending. He was in the third year of his blocklaying apprenticeship. He submitted letters from JSF Construction setting out his work history and from Carrick Swan GAA Club, which he was a member of since early childhood. His client was a member of the Swan senior hurling and football team and had been involved in coaching juvenile teams.

The barrister also pointed out that Fleming wrote letters of apology to the victims and saved €2,000 compensation.

Gda. Lordan told the court Alex Malone had found Fleming's letter of apology very brief and hadn't got much consolation from it. Mr O'Mahony responded that his client left school after the Junior Cert. He was not a "man of words" and requested the court not to look on the letter negatively.

Judge Teehan accepted Fleming was under the impression some level of derision was being thrown towards him from the occupants of this car but that didn't for a moment excuse him attacking them physically. He regarded the assault on Mr Malone to be in the middle range of such offences and the assault of Ms O'Dwyer at the lower range.

The Judge said while he wasn't surprised Alex Malone wasn't impressed with the letter of apology, it was apparent that the defendant's literacy skills weren't high and he wouldn't be punished for that.

Along with the apologies, he took into account's Fleming's early guilty plea, his previous good record and the Probation Report's assessment that he posed a low risk of re-offending. The Judge also took into account the fact he came from a good family, his impressive work history and he was impressed with the testimonial he received in relation to his involvement in sport.

However, he decided to adjourned the case to Clonmel Circuit Court sitting of July 19 and directed Fleming to save a further €2,000 in  compensation for Mr Malone and €500 compensation for Ms O'Dwyer during that period.

"I am not saying he must accumulate all those amounts between now and then but I would expect that at least very substantial progress towards meeting those targets would be met," said the Judge.

He indicated he wouldn't impose the custodial aspect of the sentence if Fleming didn't come to the attention of the gardai over the next six months.