Funnyman was part of Ballina's life and soul 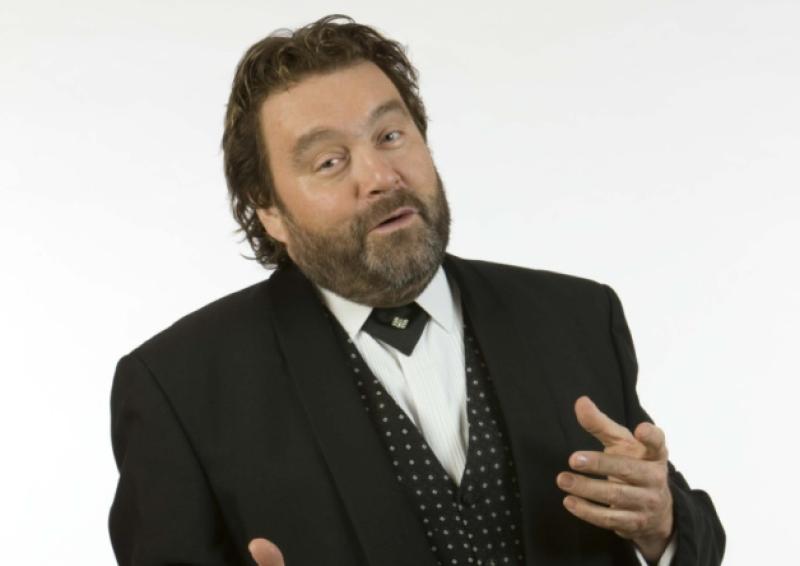 Brendan Grace: will be sadly missed in Ballina

The lakeside town of Ballina is in mourning this Thursday following the death of international funnyman Brendan Grace.

The comedian made the town his home a number of years ago and was very much part of the fabric of local life.

Leading the tributes, Cllr Phyll Bugler, who knew Brendan for a long time, said: "He was very much part of the town. We are extremely sad to hear of his death. We will miss him a lot."

She recalled that Brendan played the part of Brian Boru, High King of Ireland, a number of years ago as part of the Brian Boru Festival.

"He was a great ambassador for the town, and a great friend of Ballina," she said.

Cllr Bugler said that Brendan had worked with her along with Tipperary County Council, and was involved in many aspects of local life, including Tidy Towns.

"Myself and Marian O'Neill from the council had a lovely handwritten card from him from Florida last year thanking us for the work," said Cllr Bugler.

She described Brendan as a great comedian who was great fun.

The Ballina-based councillor sent her condolences to Brenda's wife, Eileen, and family, on his passing.

Cathal Quinn of Flanagans on the Lake in Ballina, where Brendan was a regular visitor, described Brendan as a "pure gentleman and a genuine man".

He said that while they knew Brendan had been battling illness for some time, they were shocked to hear of his passing, especially at the diagnoses of cancer and that it was at such a late stage.

"He was only here recently," said Cathal.

Mr Quinn said Brendan had "great time for every customer. It was never an ounce of trouble to stop for a chat or a photograph".

He, too, passed on his condolences to Brendan's family.

Mr Quinn said that they had now lost two great locals in Brendan and top Irish golfer Christy O'Connor Junior, who died a couple of years ago and had also made his home outside the lakeside town.

Brendan had also ran a bar at the top end of Killaloe's Main Street a number of years ago.

Meanwhile, Tipperary County Council cathaoirleach Cllr Michael Murphy is due to open a book of condolences in the council offices in Clonmel at 2pm this Thursday. A book will also be available at its offices in Nenagh, Thurles; Tipperary-Cahir-Cashel, and Carrick-on-Suir.

The public can also sign it online at www.tipperarycoco.ie

Brendan was also well-known throughout the area for his charity work, especially with Tipperary Hospice Movement, giving his time for their fundraising nights on a number of occasions.

He also helped Tipperary Friends of Animals, publicising the work they do with stray and unwanted cats and dogs.

Brendan died this Wednesday surrounded by his family following a diagnoses of lung cancer only two weeks ago. He was being treated for pneumonia at the time the cancer was discovered.

RTE will tonight screen the documentary Brenda Grace - Funny Man, which was first shown last year to mark Brendan's 50 years in show business. It will air on RTE1 at 10.15pm.