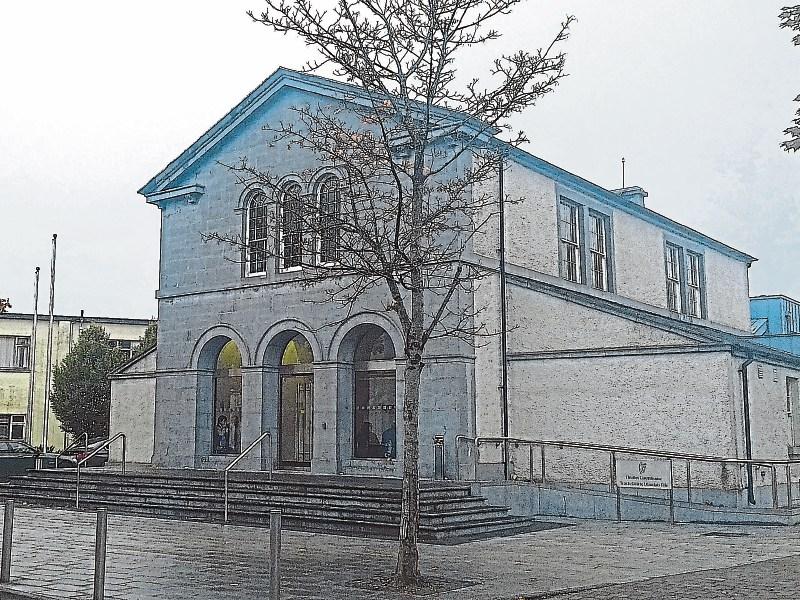 A Templemore man with a “serious” drug addiction, assaulted a man in a bar in Templemore causing him harm, heard a sitting of Thurles district court.

Garda Declan Kinsella told Judge Elizabeth MacGrath that he received a report of an altercation in The Temple Bar on Templemore’s Main Street on March 10 last year.

The victim had a cut above his eye made by a beer bottle thrown by the defendant, Sait Canbullu.

Mr Canbullu, of 20 Priory Place, Templemore, had left the pub but was subsequently arrested and interviewed and questioned.

A medical report of the victim’s injuries was shown to the judge. Mr Canbullu was charged with assault causing harm.

Separately, gardaí were called to an altercation on the Main Street, Templemore, on June 23 last year.

Mr Canbullu and another person were at the scene, and Mr Canbullu was holding a hurley “in a threatening manner,” said Sgt Thomas Hanrahan.

He was arrested and taken to Templemore garda station. The incident occurred at about 1.10pm in the afternoon.

The garda charge made reference to having a hurley in a public place “intending to cause injury to a person, swinging a hurley aggressively.”

Solicitor Colin Morrissey said that Mr Canbullu was an acquaintance with the other person during the hurley incident.

Mr Canbullu was with that person and the hurley was not swung at that person.

He was swinging it at gardaí,” said Mr Morrissey.

Mr Canbullu, previously of Sligo, and no fixed abode, has 15 previous convictions, including for drugs, theft, producing an article during the course of a dispute, and knife possession.

Judge MacGrath said she noted the guilty plea, but that a victim impact statement (VIS) will be required.

Mr Canbullu had been in foster care, said Mr Morrissey. “He’s lived here for four years. He’s in the depth of a serious tablet and weed addiction.

“He wishes to apologise to the victim. It was completely reckless on the day. He will try to do something about compensation.”

Judge MacGrath noted that most of Mr Canbullu’s previous convictions were committed while he was a juvenile.

However, “he’s an adult now. He’s running the gauntlet at this point.”

The case was put back to September 24 next, for a VIS and a pre-sentencing probation report.

Judge MacGrath added that while Mr Canbullu may have addiction problems, this was “no excuse” in terms of committing crimes. “There are services available,” said the judge.