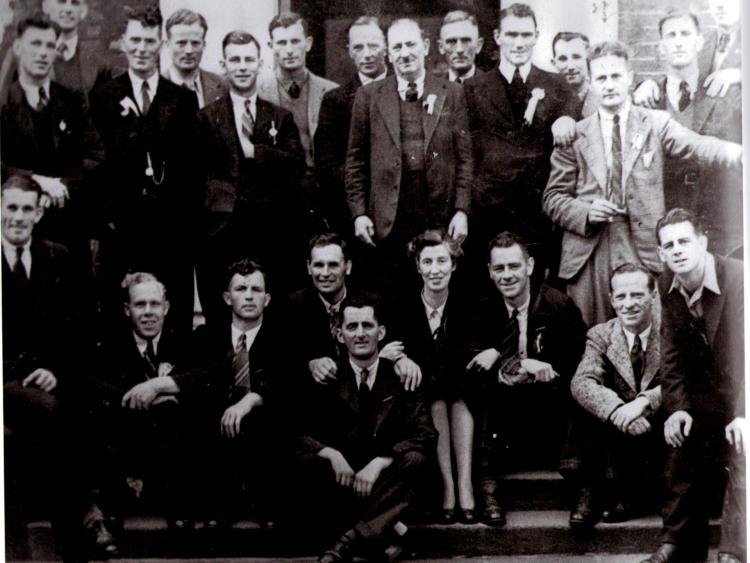 An All-Ireland minor and senior hurling medal winner, John will be laid to rest in Dublin on Wednesday

Tipperary is today mourning the passing of the country's oldest All-Ireland medal holder, the late John Coffey, formerly of Boherlahan, who died in Dublin in his 102nd year.

A member of that famous Coffey hurling family which gave many men to the Premier County teams, including his nephew, the late Michael Murphy (Thurles Sarsfields) who captained Tipperary to win the All-Ireland Final in 1964, John Coffey led a very full life, residing for a time in Canada and the UK when he had finished his hurling days.

He played league and championship with his native county for nine years spanning from 1940 -1948 and was to be one of only four All-Ireland medalist to live past the age of 100.
Born in January 1918, John made his debut on the inter-county scene at the age of sixteen when he was selected for the Tipperary minor team. He enjoyed three championship seasons with the minor team, the highlight of which was the winning of an All-Ireland medal in his debut year in 1934.

He was picked to join the Tipperary junior team and played without success between 1936 and 1940, by which this stage he had also joined the Tipperary senior team, making his debut during the 1940 championship.
John was a regular member of the starting fifteen at various times over the following nine seasons and won his sole All-Ireland medal in 1945 with the great John Maher at the helm. He also won one Munster medal in that year and he retired from inter-county hurling following the conclusion of the 1948 championship.

That victory in 1945, Tipperary’s 13th senior title, was regarded as a special one because The Premier County defeated Cork who were striving for five in a row. Tipperary took them down by eight points after putting in a tremendous performance in their Munster semi-final. Beating Limerick by three points in the Munster final required another huge effort.

Educated in Ballytarsna National School, Cashel CBS and having worked on the land, John became a member of the Army Reserve during World War II. His section was sent to South Kerry and one of their tasks during those ‘Emergency’ years was to ascend Mount Brandon in order to carry down the corpses of six German airmen.

The Coffeys of Boherlahan had a very remarkable hurling story - Jerry, John, and younger brother Flor played together on the club team that won the 1941 county title against Éire Óg Annacarthy-Donohill, - the club had to wait until 1996 to see the Dan Breen Cup again.
Jerry captained Tipperary in 1942, when a Munster final with Cork was lost by 14 points. Flor, who lined out in county colours between 1941 and 1950, playing at left corner-back in 1945, took another Celtic Cross in 1949, after Tipperary hammered Laois. Flor, then living in Thurles won another Tipperary senior title in 1952, appearing in the blue and white of Thurles Sarsfields . He passed away, at 93, in April 2014.

John Coffey moved to Dublin for work in 1948 and joined Young Ireland. This club was Tipperary orientated and overseen by Tommy Treacy, one of the county’s finest hurlers during the 1930s. John was very proud of winning a senior title with Young Ireland in 1949, when they defeated Faughs. He settled on Dublin’s Northside, in Phibsboro, and became a well-known figure in the community and lived in Shandon Park for much of his time. Youngsters regularly called to his home to see his All-Ireland medal – John, always obliged.

John's remains will repose at Elm Green Nursing home tomorrow, Tuesday, from 5pm to 7pm. Removal on Wednesday morning to St. Peter’s Church, Phibsboro arriving for 10:30am Requiem Mass. Funeral thereafter to Donabate Cemetery. Family flowers only please, donations, if desired, to Irish Cancer Society.
May this legend of Tipperary rest in pace.