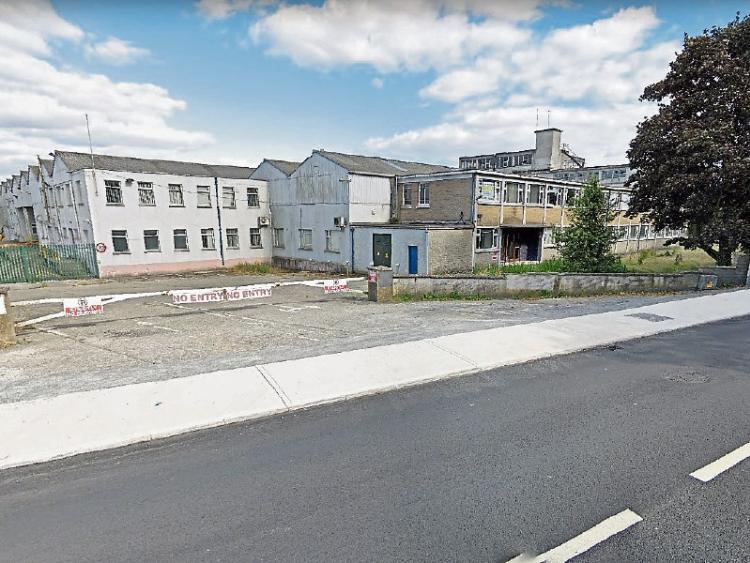 The site of the old Erin Foods factory in Thurles

We can look forward with optimism and confidence - Lowry

“These are transformational moves and will herald a bright future for the greater Thurles area. This is something we have been looking for, for a long long time.”

These are the words of Independent Deputy Michael Lowry this week as he greeted a number of positive announcements for Thurles town which will see in excess of €30million invested in the next few months.

Deputy Lowry confirmed to the Tipperary Star that the time period to appeal against Tipperary County Council’s decision to grant planning on the former Erin Foods Site to Lidl Ireland for a new retail outlet together with a 60,000 square foot Business and Innovation Centre, has closed without submissions being received to An Bord Pleanala.

Therefore, planning permission is formally confirmed and the multi-faceted project can now proceed.
Lidl will close their store at Abbey Road, Thurles once the ultra-modern new store has been completed and is up and running. The new store will employ 60 people and will have an off-licence as part of its 2,268sqms. There will also be a cafe/restaurant of 193 sqms, some office accommodation and 305 car parking spaces

Lidl will immediately commence the project, with planning of the demolition phase which involves a 10-12 week program. This will be followed by full construction in the coming months.

Deputy Michael Lowry welcomes the news which he said, “ heralds a bright and progressive future for the town. This investment and state of the art development will generate jobs, wealth and create a massive boost to the local economy.”
The Lidl development will see the commencement of the Thurles relief road as part of the planning permission - Lidl have undertaken to construct the road from Clongour to the River Suir bank and will also develop the riverside into an attractive amenity area.

“ The link road will afford the opportunity to access lands for commercial and residential development while also facilitating the proposed future expansion of Mary Immaculate College (St Patricks College),” Deputy Lowry said,
And, he also confirmed that Tipperary County Council has reached agreement, exchanged contracts and are about to close on the purchase of land in excess of 20 acres at Clongour, Thurles for a Business Development Campus.

These lands, formerly Thurles Driving Range, will be serviced with sewerage, water, telecommunications and road infrastructure. The lands will be developed by Tipperary County Council as serviced sites and available for marketing by the Council, Enterprise Ireland and I.D.A.

“Thurles has lost out on inward investment because it did not have accommodation and facilities to attract business and Industry.
“The combination of these projects will have a transformative impact on the economy of Thurles. It will create opportunities to attract business enterprise and during the process deliver much needed jobs and economic regeneration of the town. After a period of stagnation these developments herald a new beginning, and a bright and successful future for the town. We can look forward with optimism and confidence,” Deputy Lowry said.

The sentiments were echoed by Cllr Seamus Hanafin who said that if Thurles wished to attract inward investment, it needs to have facilities in place to house business and industry.

“These plans are ambitious but we do need to provide the infrastructure if we want to bring people in. This is very positive news for Thurles,” he said.

Cllr Micheal Lowry, who had been centrally involved in the process from the outset, also welcomed the announcements saying that synergies could be gained between the Business Innovation Centre and the Business Development Park at Clongour.
“This is very positive all round,” Cllr Lowry said.