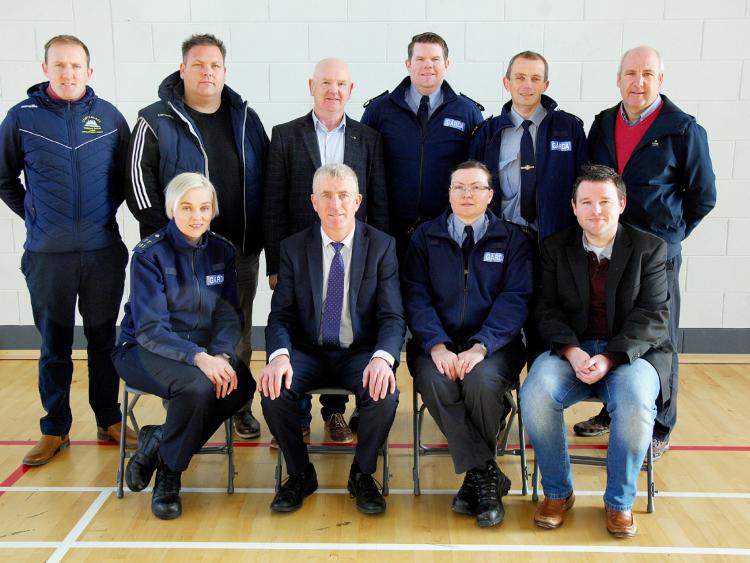 Former Tipperary hurler John Leahy was among a number of speakers from the worlds of sport, policing and education to give a presentation to the Abbey CBS in Tipperary town last week on the issue of mental health awareness.

The event was organised by local sports pundit Stevie O’Donnell, who assembled a range of speakers to share their experiences of gambling, alcohol and drug abuse, the importance of sport for a healthy mind and body, and how some mistakes can have far-reaching consequences.

The event was attended by hundreds of students from Tipperary town’s secondary schools - the Abbey, St Ailbe’s and St Anne’s, as well as Rockwell College in Cashel.

Opening the event, past pupil David Condon warned of the dangers and consequences of online bullying - particularly given that it can take many forms, is accessible with the opening of an app on a Smartphone which makes it hard for the target to escape.

Following him was Limerick Hurling Manager and principal of the Abbey CBS, John Kiely, who took up the theme of bullying; advising his pupils that bullying should not be hidden and that they should not to be afraid to reach out for help when times become difficult.

The experiences of members of An Garda Síochana were also at hand.

Tipperary town’s Community Garda John Hennessy shared his experiences of being bullied when he was in school, while Garda Niamh Dooley from the Road Policing Unit in Cahir shared how she has experienced members of her own family being verbally attacked online. She also outlined how, when someone is targeted for bullying, entire families can be affected.

Garda Anastasia Murphy from Thurles Garda Station is a forensic collision specialist who is based in Thurles. She described how, through her profession, she has witnessed the devastating consequences of speeding, failure to wear a seatbelt, as well as drink- and drug-driving.

The ease with which people can acquire and become dependant on drink and drugs was a topic that former Tipperary hurler John Leahy dealt with.

He spoke of how easy it is to get someone hooked on either intoxicant; warning that it is then that people’s troubles can start.

A firsthand account of the addictive and destructive nature of gambling was given by local man Brian ‘Boca’ Glasheen.

Brian became addicted to gambling at a young age, and he told the students present of how ‘money became my god’, and resulted in him stealing from his employer to support his habit.

He described the ‘dark road’ that he embarked on at that time in his life, and of how his family also bore some of the impact of his addiction.

But by seeking help and attending a treatment clinic in Cahir a happy ending ensued, as Brian has gone four years without a bet, and life is good.

Tipperary is of course, a sporting hot, and sport was a common theme throughout the day’s presentations.

With this in mind, Games Development Administrator for Tipperary GAA Kevin Halley highlighted how involvement in sport contributes to good mental and physical health.

If you’re worried, reach out for help. Don’t be afraid to pick up the phone or meet with someone you can talk to.