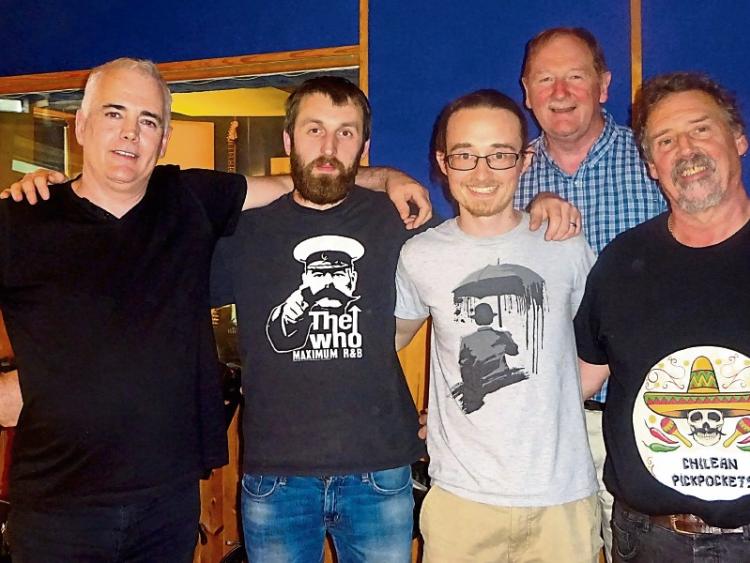 The debut album by a Clonmel-based alternative rock band went straight in at number one in the iTunes alternative chart and number ten in the main iTunes chart earlier this month.

Light The Road Back Home is the first offering from Chilean Pickpockets, a three-piece comprising father and son Johnny and Aidan Casey and longtime friend Stephen Fennessy.

The band came together a year and-a-half ago and last January went into GAF Studios in Knockgraffon, Cahir to begin writing and recording original material for an album.

Wish Your Little Heart Away, the first single from these sessions, peaked just outside the iTunes top 100 on its release last April.

Despite very little airplay, it reached the number six slot on the iTunes alternative music chart and peaked just outside the top fifty on the regular charts.

The band continued working on the album throughout the year, with Joe Gallagher on recording, engineering and production duties.

The finished product, Light The Road Back Home, was released on iTunes, Spotify and Google Play, as well as on limited edition CD (through Golden Discs).

To this ear it’s an effort that the band can be extremely proud of throughout the eleven songs.

There’s no shortage of youthful enthusiasm from Aidan Casey and Stephen Fennessy, with drummer Stephen getting his opportunity to shine on From The Inside Out.

Aidan Casey plays bass and acoustic guitars and in places his lead vocals don’t sound too unlike those of James Dean Bradfield, lead singer with Manic Street Preachers, especially on the strong opening track Come On and Save Me Now.

Aidan’s youngest brother Sean Casey plays all keyboards on the catchy Midnight, which has echoes of The Doors and The Stranglers, while producer Joe Gallagher contributes additional guitar, keyboards and bass on a number of tracks.

And holding it all together are the experienced hands of Johnny Casey, who plays lead and rhythm guitar, keyboards, harmonica and bass.

Other standout tracks include include the tender Shell and the carefully-crafted Trapped In Amber.

From the opener Come On And Save Me Now to the closing number, Come Back Home, it’s a very decent offering.