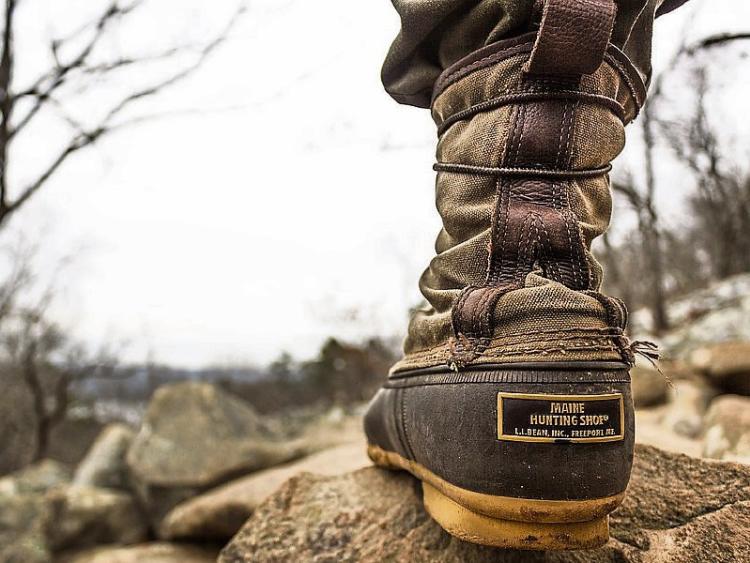 For many years, if anyone asked where the scout hall in Clonmel was, the usual reply was “it’s opposite the Clonmel Arms Hotel.” The hotel has now been closed for a long time but the scout hall still remains.

As with any old building, the upkeep is a never-ending story.

So, with this in mind, a huge renovation was planned for the hall: new windows, fireproof doors, heating, air conditioning, full electrics, fire escapes, painting and decorating.

All of this has now been completed and it goes without saying that the costs were astronomical.

Several sponsored and fundraising events took place from 2019 to last March but the arrival of Covid-19 put a hold on a host of other fundraising plans.

One such idea that did go ahead was a sponsored hike. This was going to be no ordinary hike, but one involving a bunch of lads who hiked in 1970 to get together and have a sponsored 50-year anniversary hike.

The first task was to come up with a name and eventually  they settled on The Over The Hill Patrol. Several previous scouting members were contacted to see if they wanted to participate, and without question they came on board.

Under HSE guidelines, the hike took place on Sunday August 9 and by all accounts it was up there as one of the best days ever.

The guys assembled at the scout hall at 10am and with Covid-19 checks completed and a group photograph taken, they set off.

The route took them by the Old Bridge, High Busha Cusha, the Dungarvan Road, into the Canon Woods and onto Carey’s Castle. They then took the high road to Glenary and up to the Holy Year Cross via the old firing range.

They returned to the scout hall via Scrouthea for approximately 4.30pm, having covered a total distance of 16 kilometres. Upon their return to the hall scout leaders Joe Keane, Breda Keane, Eoin Legs Lanigan, Paul Collins and Conor Hanley had a beautiful four-course meal ready for the lads. 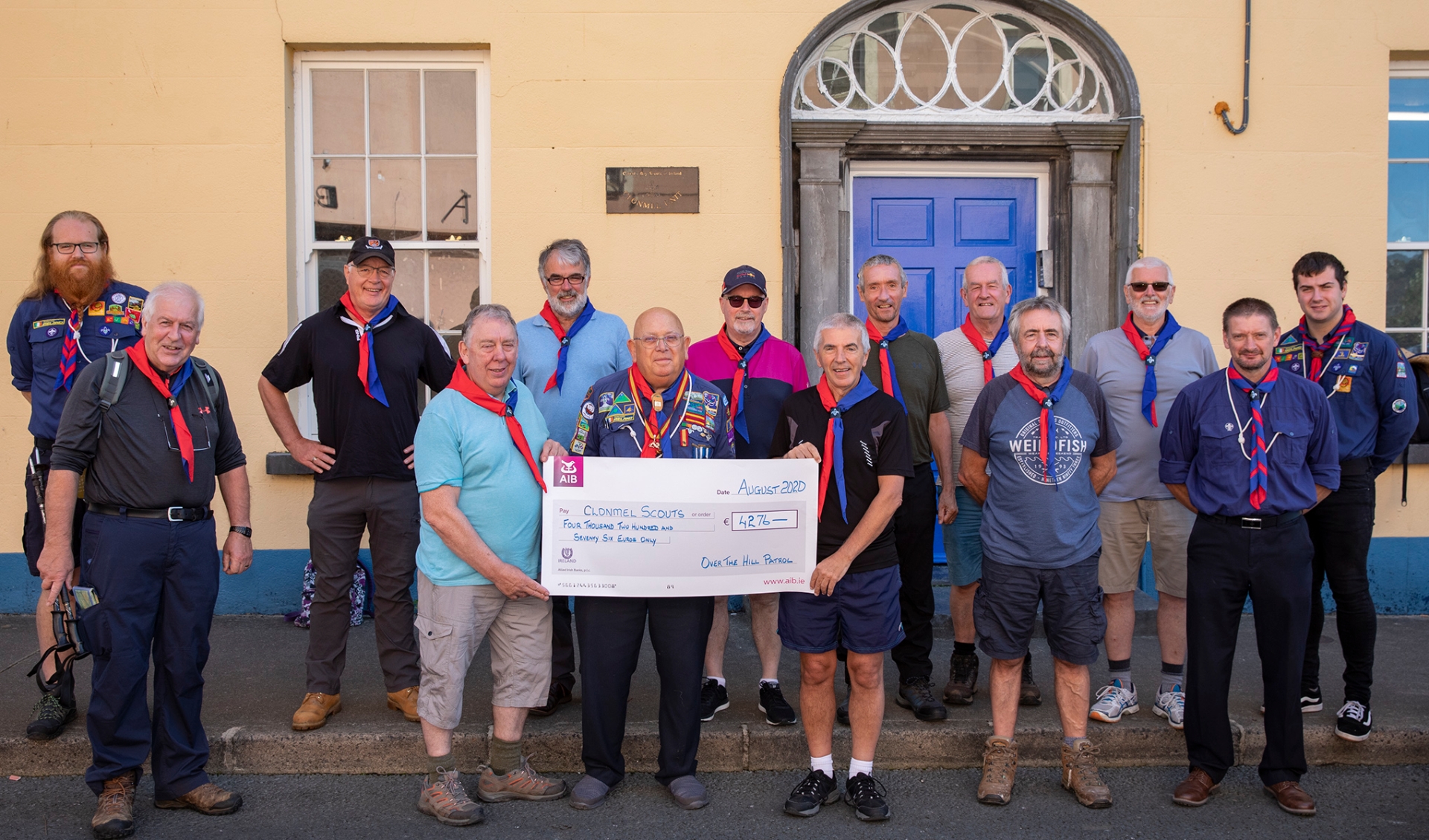 After all the talking during the day, you would have thought that conversations would have dried up but hours later they were still going strong. Many things made the day possible, mainly the friendship among a group of lads, some of whom hadn’t seen each other for years.

The man above was also on their side as the sun shone from beginning to end.

A little surprise was in store for them when neckerchiefs were given to each participant as a memento of the day with the inscription O.T.H.P 50 Year Anniversary Hike 1970-2020 embroidered in gold.

A huge thank you is extended to all involved and the amazing amount of €4,276 was raised in aid of the Scout Hall Renovation Fund.

Brendan Daly said “what a wonderful, wonderful day. If it was possible to give an event 11 out of 10, then this was truly one of them. Many happy memories of hikes and annual summer camps of years ago were resurrected. It was a great day”.

The highlight for Michael O’Brien was the realisation that scouting in Clonmel is in very good and safe hands. “The fun, memories and friendships forged 50 years ago are still going strong. The fact that we managed to get over the hill was a minor miracle.”

Anthony Daly was delighted that everyone finished the hike and enjoyed a fabulous dinner together afterwards on what was a fabulous day.

Barry Kennedy said “I had lost touch with everyone as I live away from Clonmel. The hike was a really great day, with many memories recalling events and people who I had totally forgotten.

“The organisation and hospitality was over and above all expectations. Thank you to Brendan and Joe, who are to be commended, and everyone else”.

John Kennedy said it was a great feeling to be with the scouts again. "I enjoyed the camaraderie and craic with fellow hikers. It was lovely to sit and have a delicious meal to end a perfect day.

Richard Kneeshaw said it was great to meet up with people he had only met occasionally over the past 50 years, and also meeting some people that he had not seen in 50 years.

"The scout hall has remained as recognisable as if it were only yesterday".

Roy Bates said it was a brilliant day and he enjoyed the trip down memory lane with old friends, enjoying great chats and great memories.

Jimmy Fenlon said the chat and banter on the hike was unforgettable. "To think that you could pick up conversations with lads, some of whom you had not met in 20, 30 or even 40 years. It was a brilliant day, never to be forgotten.

Gerard Watchhorn said he was full of trepidation walking down Sarsfield Street but "‘Be Prepared’ was my scouting training and there was no need to worry; once a scout, always a scout.

"The friendships are timeless and the conversation never stopped from the first moment. The laughs, youthfulness and tales of past hikes and camps never stopped.

"Genuine thanks and appreciation and the five-star meal at the end, what a day".