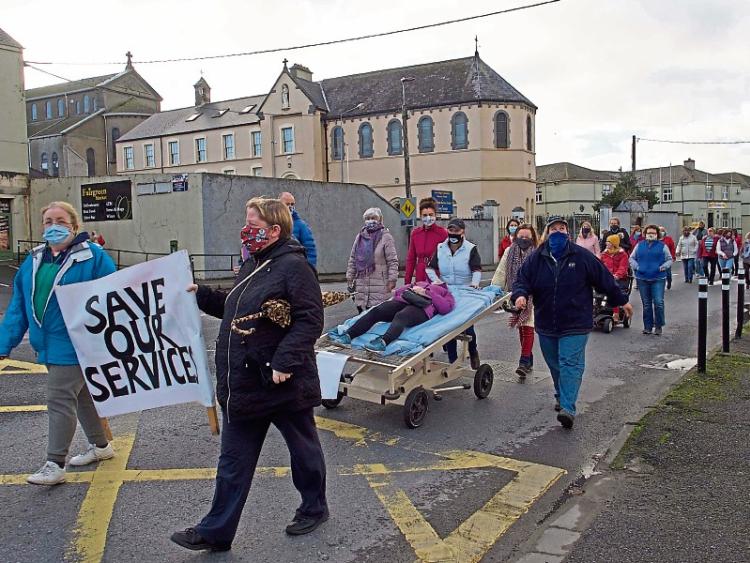 Carrick-on-Suir Municipal District councillors are seeking  meetings with the Minister for Health and HSE to get clarification on their plans for St Brigid’s Hospital and to demand its reopening.

The councillors unanimously resolved at the Municipal District’s monthly meeting last Thursday to write to Health Minister Stephen Donnelly and the HSE’s Head of Services for Older People in South East Community Healthcare Barbara Murphy to request meetings  with them about the Carrick-on-Suir hospital.

Their decision  is  prompted by growing political and public concern  about its future.   During the first pandemic lockdown, St Brigid’s was redesignated by the HSE as a step-down care facility for recovering Covid-19  patients. But its doors closed in late April because there wasn’t sufficient demand for Covid-19 step-down care.

Former Health Minister Simon Harris and current Health Minister Stephen Donnelly gave assurances  during the summer that St Brigid’s  will reopen as a district hospital providing respite, convalescence and palliative care. But they said they  couldn’t give a date as to when this will happen due to the pandemic as the hospital  may still be required to provide stepdown care for Covid-19 patients. There remains a lot of public concern about the hospital’s future with weekly Saturday protests taking place in Carrick-on-Suir.

Carrick-on-Suir’s Cllr David Dunne proposed at the MD meeting that the District’s councillors write to  Barbara Murphy seeking a meeting to get answers as St Brigid’s closure was dragging on  and they were meeting a “brick wall”.  “The bigger fear is  that  it won’t open again,” he said . He pointed out one of the  big concerns of the  public was the loss of St Brigid’s hospice beds, which allowed dying people from Carrick and its hinterland to be near their family in their last days.

Carrick-on-Suir  Cllr Kieran Bourke proposed they also write to the Health Minister  and seek help from Oireachtas members to get a response. His proposal was taken on board.

Cllr Bourke complained of  getting a “generic” response from Barbara Murphy to his recent queries about the hospital.   He recalled the “cast iron guarantee” he and Fianna Fáil TD Jackie Cahill received from Minister Donnelly in June that St Brigid’s will reopen.  He  left that meeting without any worries but he confessed he  was now “hugely concerned” about  the hospital’s future.

Cllr Bourke said he   was disappointed and concerned the Minister  hadn’t responded to his letters requesting  written confirmation  that St Brigid’s will reopen.

He revealed he   even contacted the Taoiseach’s office to request the Minister respond to him.

He said St Brigid’s was not just for the people of Carrick-on-Suir. It cared for people from a wide area of Tipperary as well as parts of Kilkenny and Waterford.

“It’s such a wonderful facility but I fear for its future now,” he added.