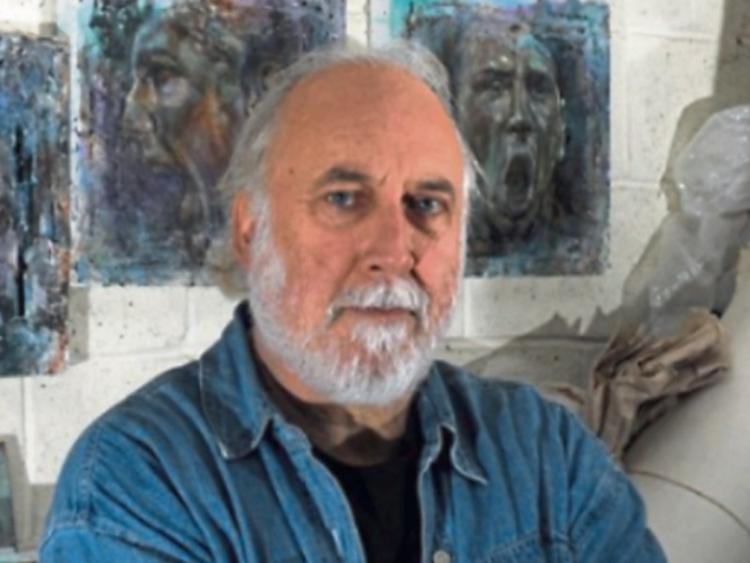 The multi award-winning artist John Keating, from Clonmel, who won first prize in the painting category at the Premio Nazionale D’Arte Bologna exhibition in Italy

The award-winning Clonmel-born artist John Keating has received another honour, this time winning first prize in the painting category at a prestigious exhibition in Italy.

The Premio Nazionale D’Arte Bologna ran from October 31 until November 20.

The exhibition was presented in collaboration with UNESCO Bologna and Udine and was held in Bologna’s historical centre in Due Uno Due Spazio Expositivi.

The theme was L’Idea della Belezza (The Idea of Beauty, The Eclipses Project).

More details on the exhibition are available on the UNESCO site - https://www.unesco.bo.it.

Bologna, the medieval city capital of the Emilia Romagna region, is one of Europe’s cultural capitals and is famous for its university, which is the oldest in the world.

He was also invited to celebrate the 70th anniversary of the death of  Cesare Pavese, the foremost Italian poet of the 20th century, in an exhibition with eight other artists at an exhibition that opened in November at the Libreria Bocca in Milan.

Each artist was commissioned to create a piece based on lines from Pavese’s poem Verra La Morte (death will come).

He has also been invited by the Libreria Bocca to feature in its national and international 2021 Artist Diary towards the end of next year.

Libreria Bocca Milan is celebrated as the oldest bookstore in Italy and is housed in Milan’s iconic Galleria Vittorio Emanuele II.

He attended the Arts Students League of New York as a Fulbright scholar and his work has received international acclaim.

John Keating has received more than 25 international awards, including a Gold Medal of Honour at the Olympic Fine Art London in 2012.

His work is available to view at https://www.johnkeating-art.com.