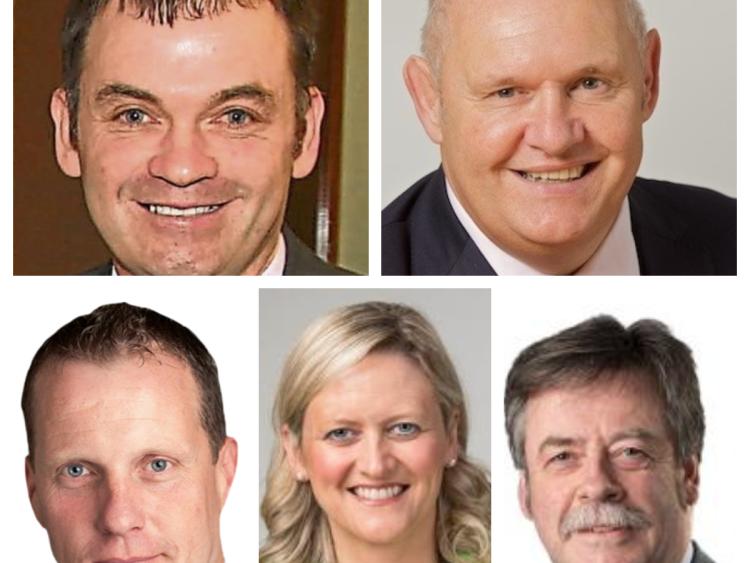 Comments made in relation to a notice of motion aimed at uniting the island of Ireland were labelled “pathetic” at the December meeting of Tipperary County Council.

Sinn Féin councillors David Dunne and Tony Black tabled a motion which read: “This council notes the centenary of the passing by the British Parliament at Westminster of the Government of Ireland Act in December 1920, the Act which provided for the partition of Ireland. We recall the deep injustices, divisions and conflict caused by this Act.

“We reiterate our support for the Good Friday Agreement and the political process arising from it including the revoking of the Government of Ireland Act. We reaffirm our support for the self-determination of the people of Ireland as expressed in Article 3.1 of Bunreacht na hÉireann and for the bringing about of a united Ireland ‘by peaceful means with the consent of a majority of the people, democratically expressed, in both jurisdictions’.

“Accordingly, we call on both the Irish and British Governments to fully implement the Good Friday Agreement and all their obligations with regard to the rights of citizens. We call on the British Government to agree to set a date for the Irish unity referendum as provided in the Agreement. We call on the Irish Government to work for this outcome. We stand ready as a council to work with all statutory bodies and with civic society to plan and prepare for the referendum on Irish unity, and for a positive outcome on the referendum.”

Addressing the meeting, Cllr Dunne said the Covid-19 pandemic has shown that the border is “not working”. The Carrick-on-Suir councillor said: “We couldn’t agree on health protections for our people on both sides. As the motion says, we need to plan and bring people on board. We can’t, like Brexit, switch a switch and expect everything to be right. All we are asking for is to start a debate - the start of a plan for the unification of our country.”

Seconding the motion, Cllr Pat English said the Good Friday Agreement should be honoured and that the motion should be followed through “in the short-term, not the long-term”.

‘NO ROOM FOR DIVISION’
Tipperary County Council cathaoirleach Cllr Michael Smith said he doesn’t think there’s anyone in the chamber who has a monopoly on Republican ethos. The Fianna Fáil councillor said he would be “worried” to allow the Council adopt Cllr Dunne’s notice of motion as it stands, before later adding that it’s important there is no division among councillors on this issue.

“Considering through history the very fragile process we, as a country, have come through. Considering the scars, the 3,000 deaths, the many that were injured or maimed and their lives scattered through this whole process, I think we would be doing an injustice as a council to allow this notice of motion to be carried,” Cllr Smith continued.

Cllr Smith said it should be about “consensus, not division”, before proposing an amendment to the motion.

“That the members of this council work together to ensure that when the conditions laid down by the Good Friday Agreement for a border poll are met, that a vote will be taken then and hopefully carried. The union of all the people of this island will be progressive from an economic, social and cultural stance,” proposed Cllr Smith, which was seconded by Cllr Roger Kennedy.

Cllr Dunne said he has no problem with the amendment. “I don’t see the difference between my motion and your motion,” Cllr Dunne refuted.

“The Good Friday Agreement is bringing people together. That’s what I said,” Cllr Dunne stated.

In reply to the unanimously supported motion, Council management agreed to forward it to the Department of the Taoiseach and Minister for Foreign Affairs Simon Coveney for their consideration and reply.

‘PATHETIC SPECTACLE’
Later in the meeting, Cllr John Fitzgerald referred to the aforementioned councillors’ arguments as a “spectacle” and “pathetic”.

“Fine Gael is the only party to account for this country anywhere for the last 100 years. We don’t have to parade it and traipse around graveyards like ye do,” the Fine Gael councillor argued.

Cllr Siobhán Ambrose hit out at the “quite ironic” remarks from Cllr Fitzgerald. “I come from a strong Republican tradition and I make no apologies for anyone for continuing the tradition of honouring our Republican cohorts who fought for our country in the month of November and I’ll continue to do so,” the Fianna Fáil councillor added.