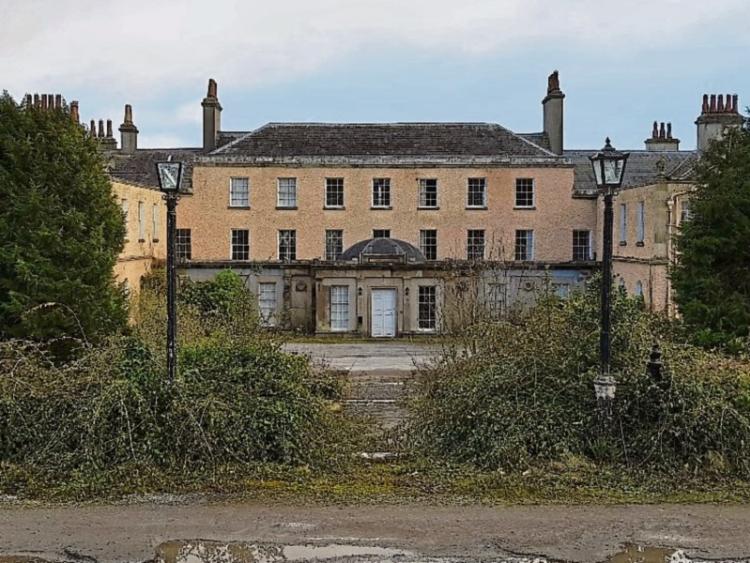 Knocklofty House, the 18th century manor house four miles from Clonmel, which has fallen into a major state of disrepair

An initial site inspection has been carried out by Tipperary County Council on the 18th century Knocklofty House and Demesne near Clonmel, the rapidly deteriorating condition of which has caused widespread concern, dismay and anger among the local community.

It’s understood that a more thorough inspection will be taken internally and externally by the council to determine the appropriate course of action and to ensure that the building is protected.

The house was the former home of Lord and Lady Donoughmore and has now fallen into a state of disrepair, with lead having been stripped from the roof, leaving it exposed to the elements.

The campaign to prevent the building from being further damaged has been led by local people, many of whom have joined the Save Knocklofty House Clonmel Facebook page, which has attracted more than a thousand members.

Cllr Máirín McGrath, who said she was “saddened and gutted” to see pictures online that depicted its poor condition, said that the former country house hotel had been operational until 2012, while the adjoining gym and leisure centre closed about six years ago.

The house is listed as a protected structure under the existing County Development Plan, as well as being included in the National Inventory of Architectural Heritage for its artistic, historical, social and architectural significance.

Cllr McGrath said that while she understood there was a legal issue about its ownership, the council should inform the High Court about its condition.

She was pleased to have learned from council Director of Services Eamon Lonergan that an initial inspection had taken place, and she said a full inspection would be carried out in the next week.

Praising the council for its proactive approach, she said that as a first step the building should be weather-proofed so that it wouldn’t deteriorate further.

Over time it would hopefully be restored.

“The house and grounds have been left to go into disrepair by the current owner or owners and it is clear that they haven’t fulfilled their obligations under section four of the Planning and Development Acts 2000 to prevent it becoming endangered, whether through damage or neglect,” said Cllr McGrath.

“Pictures of the interiors show a huge level of disrepair and I am informed that much of the copper and lead piping has been removed from the roof.

“It is paramount that the Tipperary planning authority would act immediately and carry out its duty to serve a notice on the owner or occupier, requiring them to carry out any work that it considers necessary to protect the structure, and also serve a notice to require the restoration of character of the protected structure,” she added.

She said that a full inspection of the house and grounds should be conducted by the council as a matter of urgency to determine the level of damage that exists to the protected structure.

Cllr McGrath said there had also been significant littering of the grounds at Knocklofty House, as well as an animal welfare issue in recent times.