Two men arrested in Carrick-on-Suir in connection with seizure of €5,000 worth of drugs

Eight homes searched by gardaí during the operation 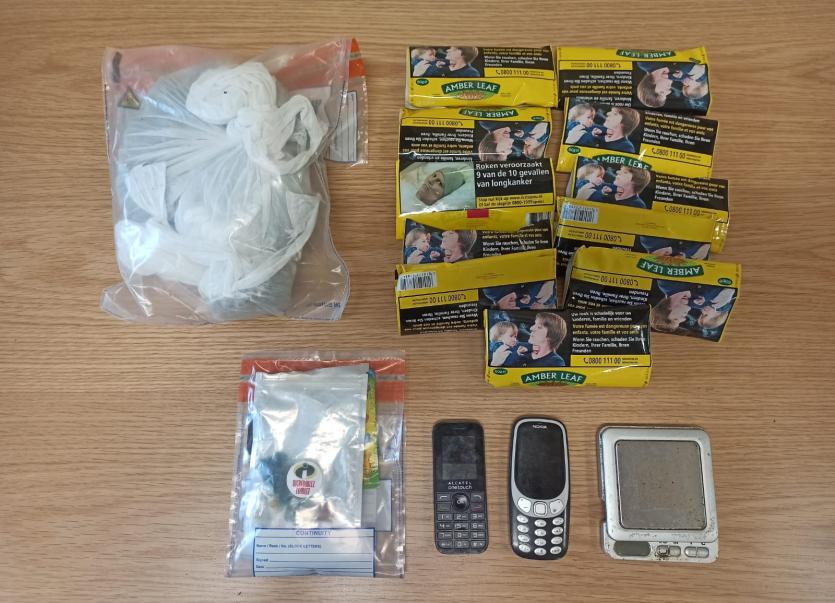 The drugs, mobile phones and weighing scales found during the Garda operation in Carrick-on-Suir

Gardaí from Carrick On Suir, with the assistance of uniform and detective gardaí from Clonmel, the Southern Region Dog Unit and the Revenue Customs Dog Unit, carried out searches at eight homes in Carrick On Suir.

The searches were carried out as part of an ongoing investigation into the sale and supply of drugs in the Carrick-on-Suir area.

Two men, aged in their 30s, were arrested and are currently being detained at Clonmel Garda Station under Section 4 of the Criminal Justice Act, 1984.