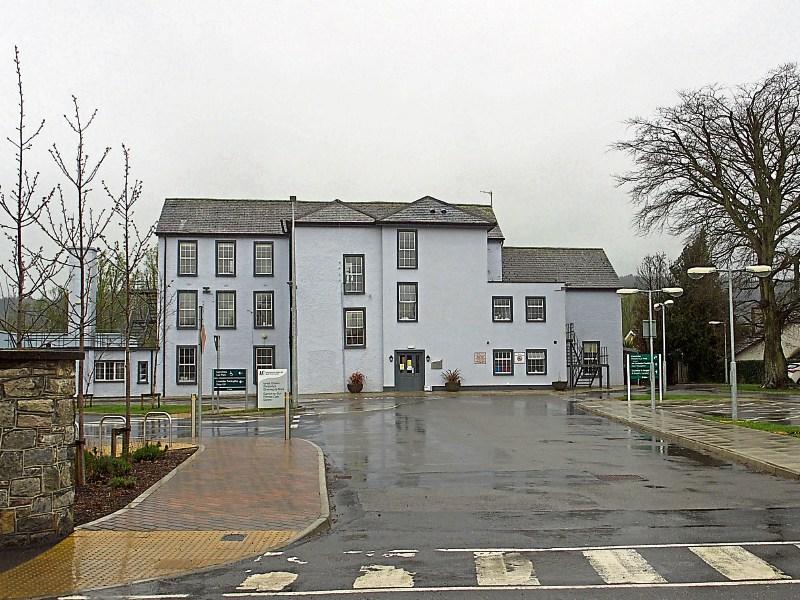 Minister of State for Older People Mary Butler was bluntly told by a Fianna Fáil colleague that St Brigid’s Hospital can reopen if the “political will” is there to do so when she met Carrick-on-Suir Municipal District’s five councillors about its closure last Friday.
Minister Butler and the HSE officials, who also attended the Zoom deputation meeting, informed councillors the decision to close the hospital was final and recruitment was underway for staff for the new community health centre scheduled to open in the building later this year.
Carrick-on-Suir Fianna Fáil Cllr Kieran Bourke told Minister Butler the solution to the HSE’s health and safety concerns about the St Brigid’s Hospital building was to either build an extension or a new hospital. He pointed out a recent HIQA report on St Brigid’s suggested a new hospital building could be built on a green field site for about €5m.
He argued both the extension and new hospital build options were achievable as there was about eight acres of land adjacent to the hospital site. All that was needed was the political will to do it. Cllr Bourke said he challenged the Minister of State to show the same type of political will and persistence that was shown in her own Waterford constituency that resulted in a second Cat Lab being sanctioned for Waterford University Hospital after years of campaigning.
He joined with fellow Carrick-on-Suir councillor David Dunne of Sinn Féin and Carrick-on-Suir Municipal District Chairman Cllr Kevin O’Meara in expressing deep disappointment at the Minister and HSE’s response to their appeals to reopen the hospital.
Cllr Dunne, who is involved in the Save St Brigid’s Action Group, said he asked at the meeting for a copy of the report on which the decision to close the hospital was based.
He said he also asked could care services previously provided in St Brigid’s be located in the new Primary Care Centre next door to the hospital, which is only 50% occupied. He said he was told the HSE planned to make an announcement soon in relation to filling the vacant space in the Primary Care Centre.
Cllr O’Meara highlighted the wide hinterland the hospital served. People from his own community of Mullinahone and Drangan were cared for there and it had been fantastic to have St Brigid’s just a 20 minute drive away.
He confessed at the end of the meeting there wasn’t much hope among the councillors that there would be a change of mind over the hospital closure