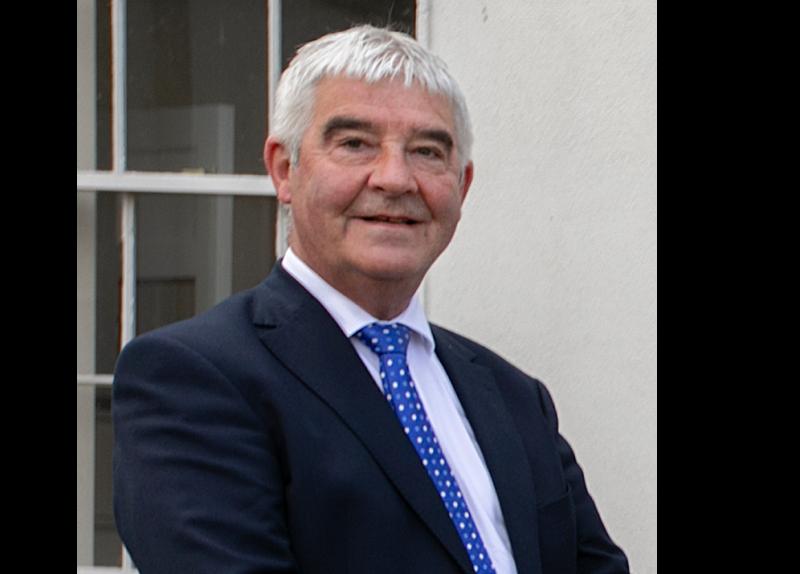 Glowing tributes have been paid to a highly respected figure in the Courts Service in the county who has retired after 49 years’ dedicated service.
Gerard Connolly, highly thought of within the service for his professionalism, unfailing courtesy and desire to help, has retired.
Gerard was based in the historic Nelson Street courthouse building in Clonmel and has retired as Courts Office Manager.
Tributes were paid at a recent sitting of Clonmel Circuit Court.
Gerard began his career in the Court Service in his native Galway in 1973 and came to Clonmel in February 1979 as Circuit Court chief clerk.
Judge Alice Doyle led the tributes.
She described Gerard Connolly as a great ally to “each and every one of us” in the Court Service.
Judge Doyle said Gerard Connolly had been with the Court Service for almost half the life of the state.
She said he had witnessed huge change in Clonmel including the renovation of the courthouse, the amalgamation of the District and Circuit Court Services and retired as the Courts Office Manager in Clonmel.
Judge Doyle said she was welcomed to Clonmel by Gerard Connolly on her first day and “from that day to this” he had been there to assist in every way possible.
She said that the Tipperary Courts Service was always run in a very efficient manner with Gerard Connolly at the helm.
“He was a gentleman in every sense of the word,” said Judge Doyle.
“Gerard was a very special person. Honest, loyal and efficient and had an encyclopedic knowledge of how the courts are run and more importantly he treated everybody the same,” said Judge Doyle.
Judge Doyle said it was hard to imagine the Tipperary Courts Service without Gerard Connolly as he looked after both the District and Circuit Court.
“Our loss will hopefully be Gerard’s gain,” she told the court.
She said Gerard played bridge to an international standard and wished him all the best in the years ahead pursuing that interest.
Addressing Gerard Connolly in the court, Judge Doyle thanked him for his friendship and support.
“We will all miss you hugely,” she told him.
Johnny Walsh, BL, on behalf of the Bar Association, said Gerard Connolly had been a true friend to the Bar who had shared his vast knowledge with all without question.
“We will all miss you and we wish you the very best on your retirement,” said Johnny Walsh.
President of the Tipperary Bar Association, JJ Fitzgerald, said unfailing courtesy, professionalism and dedication were the hallmarks of Gerard Connolly.
“His absence will create a huge void in the Courts Service in Tipperary,” he said.
Tributes were also paid by Peter Reilly, solicitor and Maura Derivan, Vice President of the Law Society.