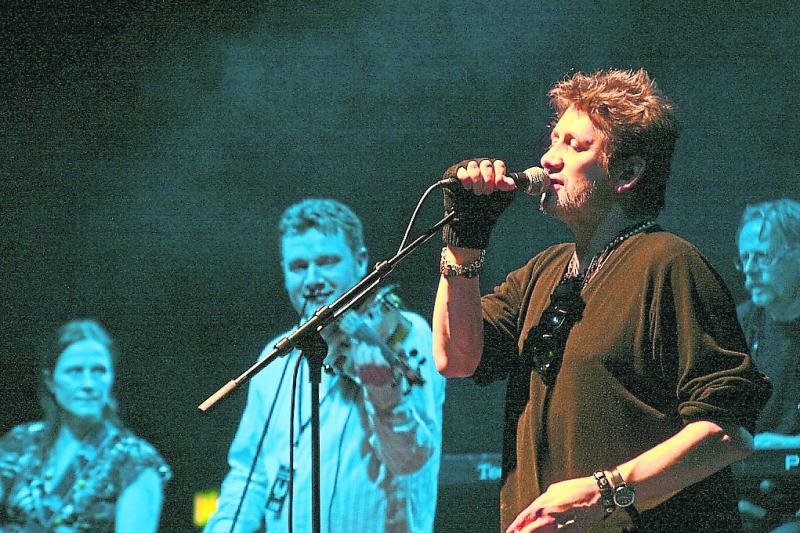 As the Silvermines hurlers progressed through the Tipperary Intermediate Hurling Championship in the summer of 2012, a homemade sign appeared at the cross in Dolla.

The song has a relevance to the parish of Silvermines as the family of its composer, Shane MacGowan – “one of the greatest songwriters and poets of his era” – have lived in the area. Pogues biographer Carol Clerk has described the song as one which has entranced generations of Pogues fans.

That quoted line, described in that same Irish Independent article as “the most beautiful declaration of scarred love” captured the zeitgeist of 2012 in Silvermines and expressed as poetic a declaration of support for the local GAA side as the country has ever seen.

A Rainy Night in Soho is a love song in the purest sense, describing how love – sometimes romantic or at other times platonic – can evolve and adapt over time with a quiet grace. The lyrics speak of two people getting older as their love endures throughout.

There is depth to the song, recounting the losses that have been accrued by the protagonist and his muse. The song hints at tinges of regret; that ginger lady, presumably named Jameson or Powers and becoming marooned with thoughts of what could have been.

The song ends with that famous declaration of love: “You’re the measure of my dreams”, a line that was repatriated by the Silvermines parish to drive the local hurling side to greater heights.

It is a line that epitomises contentment and fulfilment while leaving the listener wondering if there is to be any future for this seemingly perfect love affair.

In reality, there was little future for the protagonist and his muse. From the late 1970s, Shane MacGowan had an on-off relationship with fellow punk musician and former bandmate, Shanne Bradley, a woman described as “one of the great loves of his life”.

Shane and Shanne’s relationship would best be described as unusual, though Bradley states: “We were great mates, that’s the thing. We were always friends above everything, and still are.”

This connects with the final lines of the song which refer to an enduring friendship that can survive any breakdown. Pogues member Philip Chevron described how the relationship had ended and “Shane was still getting over Shanne when he wrote it … He’s got the softest heart in the business. I think A Rainy Night in Soho was part of the process of coping with his torch for Shanne.”

Shanne Bradley reflects on the song she inspired and the man she once dated by saying, “He’s a bit of an old romantic in the truest sense.”

READ MORE: Tipperary home of Pogues frontman on the market for €229,500

In his book Here Comes Everybody: The Story of the Pogues, James Fearnley reveals how MacGowan came into the studio in 1985 with the newly composed A Rainy Night in Soho.

Fearnley explained how MacGowan played the song for the band on that first occasion with his index, middle and ring fingers separated in such a way that they moved in a group and he stabbed out the three chords on a piano. There was a three-note refrain in between each of the verses which MacGowan demonstrated by pecking the keys with “a tar-tanned forefinger”. Fearnley states that he immediately knew the song was gorgeous. He described the lyrics as generous and mature and despite the mysteriousness of some of the lines, there was a beautiful clarity in the song.

In her book Pogue Mahone: The Story of the Pogues, Clerk chronicles the song as follows: “A Rainy Night in Soho is a triumph of mood and atmosphere, the richness of its melody and the clarity of Shane’s vocal perfectly carried by the smoky, late-night ambience of the instrumentation, the stateliness, the intimacy, the rise and fall of the piano, the strings and Dick Cuthell’s horns. Usually interpreted as a love song to Shanne Bradley, there’s nothing maudlin or unrealistically hopeful about the words: this is a genuinely moving tribute, delivered with a dignified acceptance that something has passed yet still matters: “You’re the measure of my dreams.” 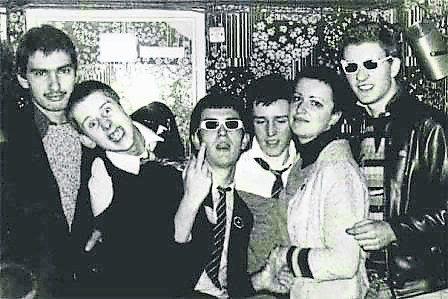 A Rainy Night in Soho was “destined to become an all-time classic” and it has become one of the most beloved of all Pogues songs. The song – which was produced by Elvis Costello – appeared on the Poguetry in Motion EP in 1986 and was released as a single in 1991.

It has been covered by a variety of artists ranging from Nick Cave to Damien Dempsey. U2 began performing the song in 2000 and walked onstage to A Rainy Night in Soho every night on their 2017 Joshua Tree Tour. During Shane MacGowan’s 60th birthday celebration at the National Concert Hall in January 2018, the song was performed by Bono, accompanied by Johnny Depp on guitar and John Sheehan on fiddle.

It was a rollercoaster year, entrancing fans with many exciting moments that truly fulfilled the dreams of all.