A ten-race programme at Thurles Greyhound Stadium on Saturday last delivered entertaining action throughout an all-graded card but hugely impressive while returning the standout performance of the night, Tommy Morrissey’s Errill Daithi (Toolatetosell-Security) set up a hattrick bid when landing the A2 525 in typically strong running fashion.

The July 2019 whelp scored over the same trip and grade a week earlier when getting up in the dying strides of a thrilling contest and though forced to come from behind again this time, he had just one runner to reel back when tracking Triangle Ricardo in the early stages.

Swift to stride from trap 4, Errill Daithi ceded two lengths to that pacesetter at the opening bend and the margin doubled before reaching the back-straight with the pair dominating. Closing to two lengths at the third bend however, the Morrissey youngster wasted little time in striking the front when offered clear passage on the inside.

A narrow lead to the home stretch readily grew to three lengths over Triangle Ricardo at the line as Errill Daithi stopped the clock in a swift 29.05 (-20) and his treble bid will come with a rise to A1 next time.

Next best on the Saturday clock, Kim Taylor’s Breathtaking (Good News-Ballymac Abigal) was returning from her seasonal break for the A1 525 contest and presenting in sparkling form, she held off an in-form rival for a most laudable fourth career win.

Quickest to reach full stride following a level break from trap 2, the April 2018 whelp skipped clear to a one length first bend lead before extending to near three lengths at the top of the back-straight, with Cabra Luna in pursuit. Vying for second on the approach to halfway however, it was Nowurmovin who would pose the biggest threat while gaining on the leader to the final turn.

Entering the home stretch with a length in hand, the latter continued to close in a gallant effort all the way to the line but not for passing in a classy racing return, Breathtaking was full value for a trap to line victory in 29.13 (-20).

Ann Hoban’s Stagebobtheboss (Droopys Roddick-On Stage Leah) had been ten times in the trio places from his twenty career starts before tackling Saturday’s A5 525, but the strong runner celebrated his 21st by finally shedding his maiden tag, and in emphatic style.

So often curtailed by slow starts, the July 2018 whelp had reached a career high of A1 so was clearly contesting in a highly plausible grade and as forward as ever to the opening turn, raced in third place to the back-straight when in pursuit of leader Cabra Sage.

Steadily reducing a three-length deficit approaching halfway, a sustained effort saw the Hoban charge strike the front and belying his form figures, Stagebobtheboss extended powerfully clear to his first race victory with six and a half lengths to spare over the running on Daithis Main Man in 29.35 (-20).

A second A4 525 contest on the night, the action concluded with another back-to-back winning performance as Eamon Lloyd’s Knockroe River (Storm Control-Rosmult Racer) supplemented his latest victory in the same grade.

Securing command of the rails from trap 2, the May 2019 youngster tracked pacesetter Crock Of Gold to the back-straight before impressively reducing a four length deficit when overhauling that rival at the third bend. Fending off a packing field in behind while seeing out the trip stoutly, Knockroe River set up a hattrick with a one length verdict over the fast-finishing Borna Barney in 29.67 (-20).

Three in a Roe for Spillane

A number of runners confirmed recent good form at the Thurles circuit on Saturday but none more than Tommy Spillane’s Monroe Dhramer (Laughil Blake-Monroe Beag) as the August 2019 youngster completed a hattrick of A6 525 victories.

Moderately to stride from trap 2, the Spillane charge was forced to cede an advantage to Errill Flash along the back-straight following a protracted tussle for early supremacy. Remaining within striking range to the closing bends however, Monroe Drhamer made his telling move on the outside of that tiring rival entering the home stretch and repelling the strong staying Carrigmore Fred, posted 29.84 (-20) in a one length verdict.

Another retaining fine form following recent sweepstake victory, Johnny Richardson’s Cozzys Gem (Droopys Roddick-Malteaser) took her tally to eight from thirty when a cosy winner of the early A4 525.

Moderately to stride from trap 4, the July 2018 whelp tracked pacesetter Burning Candle to the back-straight from three lengths adrift in third before gradually closing on the run to the third turn. Offered clear passage on the rails, the Richardson charge ably seized her opportunity to strike the front before the home-straight and duly stretched clear to three-length verdict over a rallying Knockalton Conor in 29.70.

The night featured just a sole sprint contest and claiming a second win from his last three starts, Brian Bowe’s Foxrock Callum (Candlelight King-Swift Inny) displayed powerful pace on the run to the bend when recovering from a moderate break from trap 3 in the S4 330. Reeling in Errill Cindy while striking the front at the first bend, the April 2019 whelp stretched clear to a one and a half length verdict in 18.36 (-10).

Commencing the action in the A8 525, Sean Fitzpatrick’s Mango Loco (Ballymac Best-Laurdella Jane) progressed for debut experience when striking the front at the closing bends for a shorthead verdict over Treanaree Mia in 30.00 (-20) before Christopher Delaney & Paul Pardy’s Rosbirr Kid (Eden The Kid-Were Off) also shed his maiden tag in the A7 525 with a strong running three-length verdict over Rewind Honey in 29.85 (-20).

The remaining A4 525 was a bumpy affair for many but produced possibly the gamest winner of the night as Stephen & Chris O’Grady’s Brooklyn Girl (Cloran Paddy-Coolavanny Park) recovered from last entering the second bend to remarkably strike the front between the closing turns. Resolute while repelling a rallying Crinkill Kicker on the run to the line, the Paraic Campion charge posted 29.93 (-20) in a fifth career win.

Now with three wins from his last four, Errill Daithi (Toolatetosell-Security) improved to a career best when fastest of the night in his strong running A2 525 success and should not fear a small rise to A1 next time.

Presenting fresh from a layoff, Breathtaking (Good News-Ballymac Abigal) was hugely impressive when leading throughout a warm A1 525 contest and it would come as little surprise should she build on that return over coming weeks.

With bumping and crowding around the opening bends of his A6 525, Patsy & Aoife Coffey’s Carrigmore Fred (Droopys Cain-Star Princess) reduced much greater arrears to just a length when chasing home Monroe Drhamer in 29.84 (-20) and in the same grade, he is unlikely to be contained for very long. 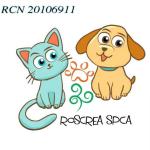